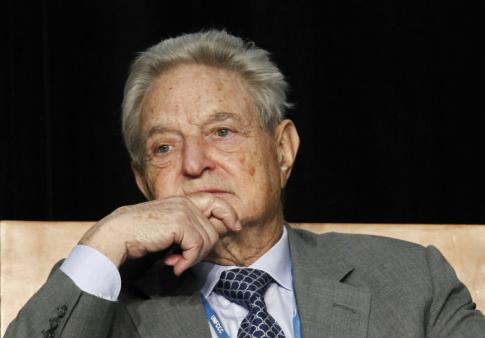 George Soros, the billionaire financier who famously made $1.1bn (£670m) betting against the pound on Black Wednesday, has been forced to close his funds to outside investors - because of changes to American regulations.

Mr Soros' sons, Jonathan and Robert, who are co-deputy chairman of Soros Fund Management (SFM), have written a letter to investors to inform them the hedge fund will convert to a family office by the end of the year.

Around $1bn is expected to be returned to investors in a move that will effectively mark the end of Mr Soros' 40-year career as a hedge fund manager.

The brothers blamed "an important new development relating to regulations by the US Securities and Exchange Commission" for their decision. They said that although the investment house had operated as a family office since 2000, it has since then been allowed to claim various exemptions to be able to manage external funds.

The letter said: "As those other exemptions are no longer available under the new regulations, SFM will now complete the transition to a family office that it began 11 years ago."

It added: "An unfortunate consequence of these new circumstances is that we will no longer be able to manage assets for anyone other than a family client as defined under the regulations. As a result, SFM will ask Quantum's board to return the relatively small amount of non-qualifying capital to outside investors before the registration deadline, most likely at year end."

The only "qualifying capital" going forward would be "Soros family accounts and related entities".

Mr Soros, who was born in Hungary but emigrated to America, started the group's flagship Quantum fund in 1973. It became one of the most successful hedge funds in the world, driven by Mr Soros' investment philosophy, called the "theory of reflexivity". In 1992 he bet $10bn that the pound would be devalued and made $1.1bn when the pound was forced out of the European Exchange Rate Mechanism on September 16.

The funds were hit hard when the technology bubble burst and in 2000 Mr Soros decided to shrink the fund and convert it into a family office. The majority of capital from outside investors - around 40pc of the total $11bn funds under management - was returned.

The letter said that "in connection to our closure to outside investors" the group's chief finance officer, Keith Anderson, had quit to "seek other opportunities". It thanked investors for 40 years of support: "We trust that you have felt well rewarded for your decision over time." Telegraph