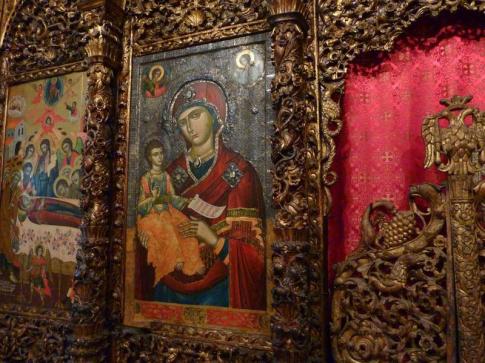 A Dream Of Death

A Dream Of Death

I DREAMED that one had died in a strange place

Near no accustomed hand,

And they had nailed the boards above her face,

The peasants of that land,

Wondering to lay her in that solitude,

And raised above her mound

A cross they had made out of two bits of wood,

And planted cypress round;

And left her to the indifferent stars above

Until I carved these words:

i{She was more beautiful than thy first love,}

THEY hold their public meetings where

Our most renowned patriots stand,

One among the birds of the air,

A stumpier on either hand;

And all the popular statesmen say

That purity built up the State

And after kept it from decay;

And let all base ambition be,

For intellect would make us proud

And pride bring in impurity:

DO not because this day I have grown saturnine

Imagine that lost love, inseparable from my thought

Because I have no other youth, can make me pine;

For how should I forget the wisdom that you brought,

The comfort that you made? Although my wits have gone

On a fantastic ride, my horse's flanks are spurred

By childish memories of an old cross Pollexfen,

And of a Middleton, whose name you never heard,

And of a red-haired Yeats whose looks, although he died

You heard that labouring man who had served my people. He said

Upon the open road, near to the Sligo quay --

And surely after twenty years it was time to come.'

I am thinking of a child's vow sworn in vain

Never to leave that valley his fathers called their home.