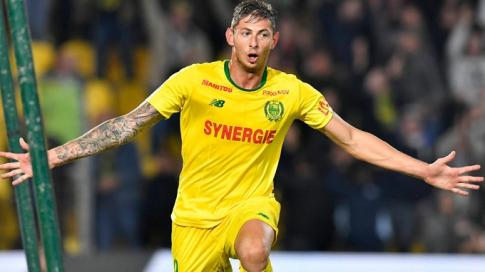 The mystery owners of the offshore-registered plane in which Cardiff striker Emiliano Sala died have been identified to investigators, a trustee firm for the aircraft has insisted.

Southern Aircraft Consultancy (SAC), a British-based company which arranged the paperwork for the single-engined Piper Malibu plane, issued a statement to deny claims that information had been withheld from authorities.

Sala, whose body was recovered from plane wreckage last week, died from "head and trunk injuries", an inquest heard on Monday. The pilot, David Ibbotson, is still missing but his family said they will never give up hope of finding him. Mr Ibbotson's daughter, Danielle, told Good Morning Britain: "If you've got hope then you shouldn't give up."

Cardiff are among a number of parties eager to establish who owns the aircraft as part of investigations to establish who is financially liable. The Welsh club appear legally obliged to pay Nantes a record club fee of £15 million. Relations between the club have been soured by a legal demands for payment from Nantes. James Earl, a partner at Fladgate LLP, told The Telegraph: "There may well be no legal justification to avoid paying the first instalment."

SAC has repeatedly refused to publicly name the owner of the plane, but clarified on Monday night that the Air Accidents Investigations Branch has been informed. The AAIB is due to publish an interim report on the crash within the next fortnight.

"By law, as with any other company who holds client details, we cannot simply release those details to anyone that asks for them," a statement from SAC said "We can only release them to those who have a legal right to it (for example, the AAIB, with whom we have been liaising regularly and to whom we provided all of the information that we hold on the aircraft and the owners immediately after being notified that it was missing)."

One theory suggested to investigators is that the plane came come down over the English Channel after suffering ice build-up. Sala's body was taken by ship to Portland Port on Thursday where a coroner confirmed his identity with the assistance of police.

The wreckage of the single-engined Piper Malibu N264DB was discovered on Sunday evening, having disappeared on Jan 21 as it travelled from Nantes, in France, to Cardiff. The aircraft remains 67 metres under water, 21 miles off the coast of Guernsey.

A web page raising funds to continue the search for Mr Ibbotson was set up on Friday. A donation under the name of broadcaster and former footballer Gary Lineker of £1,000 is registered on the page, which he shared with his 7.2 million Twitter followers on Saturday. A donation apparently made by France's World Cup-winning footballer Kylian Mbappe is also listed. /The Telegraph