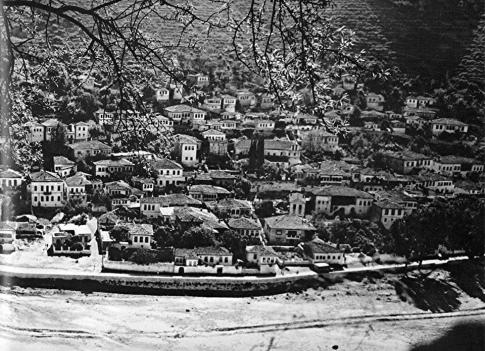 New politics? Thankfully the old politics is very much alive

One of the problems of arguing that Britain is entering an era of “new politics” is that there is so little agreement about what new politics actually means. Some think it’s mainly about greater grassroots engagement. Others point to the impact of social media. Some argue it’s about newly sharpened ideological differences. Others, that it’s marked by a more inclusive public tone.

None of this can be wholly dismissed. Both Labour and the SNP have experienced big surges in membership in the last year. The political impact of Twitter and Facebook is manifestly enormous, for good and ill, for anyone who follows them. Labour has elected a leftwing leader, while in some eyes the Conservatives are embarked on a neo-Thatcherite agenda. And prime minister’s questions at Westminster is certainly less strident than it used to be.

How far this adds up to a real sea change remains to be proved, however. Change of some sort never stops. But these are early days. And then there is another wholly separate problem: right now we seem to be living in a golden age not of new politics but of old politics. Don’t look now, but the machine politicians are back.

To grasp this, look first of all at the current state of the Labour party. The most striking thing since Jeremy Corbyn’s election is not that the party is more energised, more digital or even more leftwing, although in some ways it is all of these. What Labour is, however, is alive with scheming and plotting.

The party is increasingly the arena for an organisational battle between two opposed factions. The left faction around Corbyn is focused not so much on new politics or new ideas but simply on taking control of the party machinery. This is an entirely logical approach because, until that is achieved, it is harder to change policy or commitments.

The left’s priorities – and they are certainly the priorities of the Leninists Corbyn has brought in – are therefore to make procedural changes. Altering the rules for electing the leader to reduce the influence of MPs; strengthening the grip of the annual conference over policymaking; boosting the national executive at the expense of the shadow cabinet; clearing out opponents in the upper reaches of the party organisation; and, ultimately, deselecting centrist MPs and getting more leftwing, union-endorsed candidates in safe seats. Most Labour MPs oppose this process, for obvious reasons, but they prefer to stay quiet, which is also explicable.

Ranged against the left, however, there is a striking renaissance of Labour’s old right, in the shape of men and women whom New Labour in many respects passed by. Like their leftwing opponents, these rightwingers, of whom the prime example is the Warley MP John Spellar, are rooted in the unions, in the party’s rule book, control of its committees and in resisting deselection and the left.

Within the Conservative party … big principles may be at stake, but so too is the ultimate prize, the keys to No 10

For them, too, policy is secondary. They know there is a fight coming. They are up for it. And they are winning some skirmishes. Two weeks ago, they achieved a virtual clean sweep of Labour’s backbench committees. A week ago they got their man chosen for the upcoming Oldham West byelection, replacing the left’s late Michael Meacher. They haven’t enjoyed their politics as much for years. Right now they are happy as pigs in mud. New politics? Nothing to do with it at all.

Now consider the Conservative party. There are certainly great issues at stake – Europe, inequality, and the size of the state among them. None of these issues, however, can be wholly understood without factoring in the succession contest after David Cameron goes, following the EU referendum. Big principles may be at stake, but so too is the ultimate prize, the keys to No 10. The leadership battle cannot now be ignored.

To understand why, remember the Tories’ leadership election system. The contest is in two parts. In part one, MPs vote until they produce a shortlist of two. In part two, the members choose between the two MPs.

The crucial goal is therefore to be one of the final two. This challenge weighs daily on the minds of George Osborne, Theresa May, Boris Johnson and one or two other hopefuls.

Most Conservatives have long assumed the final round will be between Osborne and another candidate. That may be overly sanguine, especially if he emerges from the spending review and the autumn statement with his reputation for economic and political judgment further damaged – and even more so if he campaigns for Britain to remain in the EU and the voters decide to leave. For now, though, he remains the one to beat.

But that’s also why May is so interesting. The home secretary is not a resigner by temperament or principle, but she is a very strong Eurosceptic. If she was to put herself at the head of the leave Europe campaign – whether by resigning to do so, or doing so with cabinet authorisation – she would potentially be in a win-win situation. She would either be the woman of principle who led the leave camp to victory, or she would be the leader of the internal opposition who ran the prime minister close.

Either way, she would have strengthened her chances of getting into the run-off against Osborne when Cameron steps down. And if she does that, she is either the next prime minister or the indispensable second in command, the new Michael Heseltine to Osborne’s John Major.

New politics? Pull the other one. And while we’re on the dark arts, do not forget the SNP. This is the party which likes to see itself as new politics incarnate, and which until recently made a virtue out of only voting on Scottish business on the grounds that England and Wales were none of their concern.

This week, the SNP found a compelling reason of, ahem, principle, why it was necessary to join the other opposition parties and a group of Tory rebels and vote against the government’s Sunday trading reforms, which do not affect Scotland in any serious way.

Politics is evolving in many ways, some of them desirable, others not. But old politics is alive and well, and enjoying a period of rude health. It is a compelling drama in every party. And there’s nothing wrong with it whatever.