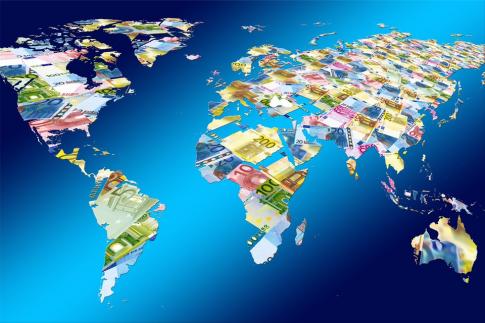 The Financial Equivalent of a Vaccine

While the advanced economies can rely on their central banks to support massive fiscal stimulus in response to the COVID-19 crisis, many developing countries' hands are tied by higher borrowing costs. This is both unfair and unsustainable, pointing to the need for a new, truly global monetary mechanism.

America's friends and allies have come to distrust it in the wake of Donald Trump's presidency. Joe Biden will do all that he can to repair the damage, but the deeper problem is that many are asking whether Trump was merely a symptom of the decline of American democracy.

Rich countries can expect a long period of exceptionally low interest rates, even though government debt has soared at a pace unrivaled in peacetime. Increasingly, central-bank money is being considered not so much a liability as a variety of equity constituting citizens’ stakes in a given national endeavor. Such an approach would generate a new vision of what citizenship itself entails, and of how money can hold a community together.

But that option is unavailable to the have-nots. For example, when Turkey tried to respond to COVID-19 with a flood of cheap credit, its currency collapsed, forcing it to reverse course by hiking interest rates. After trying to make access to cheap credit central to his political doctrine, President Recep Tayyip Erdoğan has had to backtrack in order to restore credibility.

Likewise, South Africa is facing ratings downgrades that will sharply limit its room for fiscal maneuver. Argentina, which issued a hundred-year bond as recently as 2017, has moved into default. And emerging markets as a whole have issued more debt, though on a scale nowhere close to that of the developed world.

For poor countries, the fiscal constraints on an effective response to the current crisis are even more obvious, and point to the need for an international program to suspend debt servicing. Because borrowing costs figure so highly in these countries’ fiscal accounting, they have spent a mere 2% of GDP responding to COVID-19, compared to 15-20% across rich countries. Not only are poorer countries unlikely to get an ample supply of COVID-19 vaccines anytime soon; they also cannot get the financial equivalent of it.

At a time when there are already deepening concerns about the future of democracy, the absence of a secure connection between citizens and the well-being of their country is troubling. In fact, today’s growing global divide looks like a recasting of the late-nineteenth-century gold standard, which enable only a few core countries – Britain, France, Germany, Japan, and the United States – to borrow cheaply. And because the ability to borrow was largely synonymous with the ability to acquire weapons and military power, the gold standard bolstered a country’s claim to international dominance, thus driving the imperialist project forward.

Then as now, those on the periphery of the system experienced persistent uncertainty, higher costs, and greater vulnerabilities than any of the dominant powers. While the largest and most ambitious of these marginalized countries did try to join the core, their efforts were constantly threatened by speculative attacks and market panic.

Today’s financially bifurcated world features its own inherent threat to stability, as speculative attacks and devaluations lead to more sovereign defaults on debt denominated in foreign currencies. The inhabitants of these marginalized countries will suffer major declines in their living standards. And while that misery could initially benefit consumers in rich countries, a surge of low-price imports would simultaneously pose a threat to domestic manufacturing jobs, creating political pressure for protectionist measures.

One obvious solution would be to issue an international currency capable of offering struggling countries the same kind of support that follows from central-bank operations in the developed economies. In the 1960s, the International Monetary Fund created Special Drawing Rights (SDRs) to address a perceived lack of global liquidity. This innovation was built on earlier ideas that had been circulated during World War II, not least John Maynard Keynes’s proposal for a synthetic international currency (“bancor”).

Since the first SDRs were issued, there have been repeated calls for the mechanism to be expanded to tackle issues such as unequal development (in the 1970s), the aftermath of oil shocks (in the 1990s), and the fallout from the 2008 global financial crisis. But this pressure has always been resisted, usually on the grounds that SDR-based stimulus cannot be targeted with sufficient precision.

A targeted version of the scheme would involve using SDRs to buy up poorer countries’ government debt according to some pre-established metric like population size or GDP. Here, one can imagine an outcome in which the additional security for government debt would unlock private investment that could be put toward growth-promoting infrastructure projects and the spending needed to deal with the pandemic or other environmental challenges.

This kind of experimental SDR program would look like a limited application of the ambitious monetary union that Europe launched in the 1990s. The euro’s primary attraction for poorer peripheral countries was that it would reduce borrowing costs. The risk, of course, was that separating monetary decision-making from fiscal authorities would make it harder for the central bank to support government debt. /project-syndicate