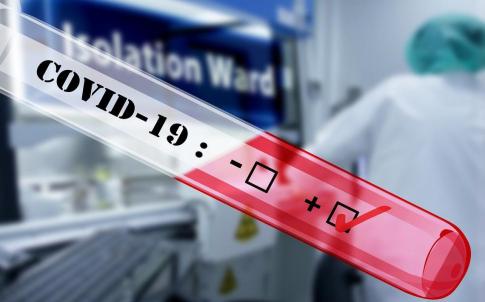 Why isn't the UK testing more?

At the moment only people in hospital are being routinely tested, so if you have symptoms and you are not sure if you have the virus, you may well not be able to find out.

As of 19 March, 64,621 people in the UK had been tested for coronavirus. The number of tests has been rising from just over 1,000 a day at the end of February, when testing began, to more than 6,000 per day by mid-March.

The government plans to increase this to 10,000 a day initially, with a goal of reaching 25,000 tests a day within four weeks.

But it has been criticised by some experts for not testing widely enough, and people have been complaining online about not having access to tests despite having symptoms.

There are two main reasons for testing people - to diagnose them individually, and to try to understand how far the virus has spread in the wider population. This second reason is referred to as "surveillance testing".

This can involve mass testing people even if they do not have symptoms, or testing samples of people with symptoms, to get an idea of the total number of people with the virus. Positive results can also be used to try to trace the contacts of people who are known to be infected.

The failure to test more widely means that many people might be self-isolating for no good reason.

Public Health England says it will do some surveillance testing on a local level if clusters of cases are identified, using a network of 100 designated GP surgeries. This is to try to get a sense of how many milder cases there are in the community that do not result in hospitalisation.

But the UK is not currently doing any mass surveillance testing or actively tracing people who have come into contact with known cases.

The director general of the World Health Organization (WHO), Tedros Adhanom Ghebreyesus said he had a "simple message" for all countries: "Test, test, test."

He added: "We cannot stop this pandemic if we do not know who is infected."

So why is the UK not testing more people?

Ultimately, this mainly comes down to resources. Every country is limited by how much money, equipment and staff it has - it is not going to be possible to test every single person, so healthcare systems have to prioritise.

The UK's chief scientific officer Sir Patrick Vallance told a group of MPs that "we simply don't have mass testing available for the population now", and that "when you only have capacity to do a certain number of tests" you have to prioritise the most vulnerable groups.

But it's also partly to do with how widespread the virus is.

"Testing and contact tracing is critical - particularly in the early stages," according to Prof Mark Woolhouse, an infectious diseases expert at the University of Edinburgh.

However, he says once you are beyond the "containment phase", this may become less useful.

If the illness becomes so widespread that the cases known to health services are just the tip of the iceberg, and there are many more milder cases among people who don't present, then "contact-tracing of the small fraction of cases that are visible won't do very much," he said.

"To have any impact on the spread of this virus there has to be more widespread testing out in the community," he says.

"We need to get a handle on where the virus is circulating most and better inform people of the cause of their respiratory symptoms, so that self-isolation is better informed and more likely to be enacted."

He points to South Korea, where "active community surveillance" has been far more extensive and has had "a major impact on flattening the curve and relieving pressure on stretched health services".

Healthcare workers haven't been able to be widely tested, raising concerns that they could spread the infection unknowingly. And some may end up self-isolating unnecessarily even though they don't have the virus, risking leaving the health service even more short staffed.

The Department of Health and Social Care says healthcare workers are a high priority and it wants to increase testing to "make sure they can be tested too" - but it has not set out any details as to how it plans to do that.

At the moment, those who can be tested are being checked for signs they currently have the virus.

But scientists are working towards a test to see whether someone has had the disease in the past, by checking for the presence of antibodies (produced by the body to fight off infection).

This can help work out how widespread the disease has been and whether people are safe to go back to work.

Boris Johnson said that he was in negotiations to buy "literally hundreds of thousands" of antibody tests which would be "as simple as a pregnancy test", once they were available and shown to work.

What are other countries doing?

The UK has done more testing than many other countries, although not more than the most rigorous testers like South Korea.

The UK passed its 2,500th case as of 18 March and has tested 828 people per million of its population. At this point in their outbreaks, Italy had conducted 386 tests per million citizens, while South Korea had done more than 2,000 tests per million.