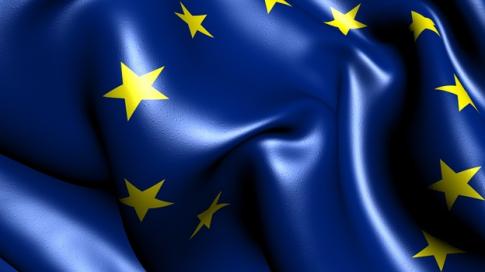 Finding Europe’s Way in the World

For historical reasons, Europe has long resided in the strategic shadow of the United States, which itself has underwritten decades of globalization and rapidly expanding prosperity. But the global balance of power is rapidly shifting, leaving Europe increasingly exposed.

BERLIN – The European Union, and particularly Germany, have yet to rise to the challenge posed by the United States’ retreat from global leadership. But, given the new competition from China, together with Russia’s renewed great-power aspirations, Western countries must find a way to cooperate more closely.

To that end, five issues seem vital. The first is Germany’s relationship with the US, which is now under severe stress. The elephant in the room is Germany’s failure to increase its annual defense spending to 2% of GDP, as agreed at the 2014 NATO summit in Wales. For obvious historical reasons, Germany is hesitant to become Europe’s de facto military power. Were it to meet its spending commitment, it would be allocating €80 billion ($89 billion) per year to the Bundeswehr, which is €46 billion more than what France spends.3

Still, to do its part within the alliance without raising fears in Eastern Europe, Germany could spend 1.5% of its GDP on materiel and personnel, while committing an additional 0.5% to fund NATO’s operations in the Baltics and in Poland. That would both bolster the eastern member states’ ability to defend themselves against Russian aggression and demonstrate Germany’s willingness to shoulder more responsibility.

The second big issue is US-EU relations. The immediate challenges facing America and Europe have changed over the past seven decades. Most recently, Russia has expanded its sphere of influence into Crimea, eastern Ukraine, and the Sea of Azov, and China has begun to assert economic and technological dominance in Eurasia.

At the same time, Western democracies are struggling to deal with disruptions caused by globalization, migration, technology, and climate change. Amid deteriorating economic security and social cohesion, populist and nationalist movements have exploited voters’ anxieties by promising to defend the homeland against cosmopolitan elites and the multilateral institutions that have underpinned politics and economics since World War II.

Notwithstanding populist rhetoric, economic globalization has in fact created prosperity and reduced poverty, and opened up new development opportunities around the world. But without the West’s support, this system cannot be sustained. What we need now to open up new possibilities for the world order is a globalization of civil society, and to remind people and communities that the state is still capable of acting effectively. That starts with investing more in education, research, and infrastructure, while striking a balance between cross-border cooperation and respect for cultural idiosyncrasies.

This brings us to the third issue: Russia. Here, the EU’s pursuit of a balanced policy has created friction within the transatlantic alliance, as exemplified by the tensions over Nord Stream 2, a joint Russian-German pipeline project. In the German government’s view, Nord Stream 2 is fundamentally an economic issue. After all, German, French, and other European companies have invested heavily in the project; in any case, it would be a grave political mistake to intervene in the private European gas market.

The liberalization of the gas market has indeed allowed for a tremendous expansion of Europe’s energy supply. Ultimately, companies, following market signals, should decide from whom they buy their gas. But nor can Europeans ignore threats to the political independence of neighboring countries such as Ukraine – which Nord Stream 2 bypasses. On balance, a better way to secure Europe’s energy supply would be to expand and further integrate Europe’s natural-gas infrastructure, while building more terminals for liquefied natural gas. That way, no country – be it a member state or close partner – could be held hostage as a result of its dependence on Russian energy.

The fourth issue is China, which has made clear that it seeks a revision of the international balance of power. For its part, the Trump administration rightly challenged China on trade. There can be no “fair trade” when a country that does not play by the same rules as everyone else organizes two-fifths of the global economy. China lavishes subsidies on its industries, limits access to its markets, and routinely violates intellectual-property rights. Moreover, China’s model of authoritarian state capitalism poses a double challenge, because it represents both economic competition and an alternative political model. As such, the EU and America urgently need to devise clear, mutually agreed rules for dealing with China.

The fifth major issue is Europe’s role in the wider world. If Europe does not wake up to the realities of the new Sino-American rivalry, it could find itself in a position of geopolitical irrelevance. In fact, there are already signs of Europe’s declining global significance. Wars and conflicts along the European periphery are increasingly being decided by other powers, with Europe playing no discernible role in their resolution.

Europe’s reluctance to assert itself has a historical dimension. For good reasons, the EU has long resided beneath the US security umbrella, with the Union effectively remaining on the sidelines. But that geopolitical conception of Europe is an American artifact, based on the Marshall Plan. As NATO’s first secretary-general, Hastings Ismay, famously put it, the purpose of NATO was “to keep the Russians out, the Americans in, and the Germans down.”

Much has changed since the 1950s. Today, we Europeans are only gradually beginning to understand that we must adapt to the geopolitical realities of the twenty-first century. The Atlantic era is giving way to the Pacific era. Europeans must harbor no illusions that all will turn out well on its own. Now is the time to muster the courage and the will to take responsibility for our strategic interests. /project-syndicate

* Michael Hüther, Director and Member of the Presidium of the German Economic Institute, is a vice chairman of Atlantik-Brücke.