The End of Nordic Neutrality 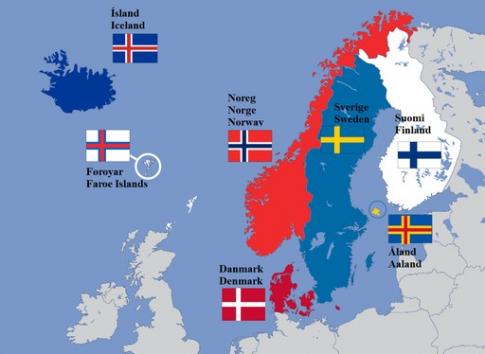 Neutrality backed by informal cooperation with NATO long served Sweden’s security interests well. But Russia’s war against Ukraine has upended old assumptions, and the resulting shift in Swedish public opinion, together with pro-NATO developments in neighboring Finland, points to an imminent application to join the Alliance.

STOCKHOLM – Throughout the Cold War, “non-aligned in peace, neutral in wartime” was not only Sweden’s security doctrine, but also helped shape the national identity and self-understanding of the Swedes. But Russia’s invasion of Ukraine may soon upend the country’s traditional non-aligned stance, by likely triggering both countries to apply for NATO membership.

As recently as March 8, two weeks after Russian President Vladimir Putin launched his war on Ukraine, Swedish Prime Minister Magdalena Andersson of the Social Democrats said that applying to join NATO “in the current situation […] would further destabilize this area of Europe and increase tensions.” Many center-right commentators immediately accused her of accepting Putin’s view that a sovereign state’s choice to join NATO can be considered a provocation against Russia.

But strong signals from within the Social Democrats now indicate that Sweden may apply for NATO membership as early as the Alliance’s Madrid summit in June. The country’s security stance has already changed radically. The government has sent weapons to Ukraine, and the Swedish public has begun googling about bomb shelters and iodine tablets.

Pro-NATO developments in neighboring Finland are also influencing Sweden’s security debate. Finland’s vulnerability vis-à-vis the Soviet Union and then Russia was long an important reason for Swedish non-alignment, as policymakers assumed that Finland would fall under the Kremlin’s control if Sweden joined NATO. In recent years, Sweden has invested heavily in security cooperation with Finland.

When Andersson met Finnish Prime Minister Sanna Marin in Stockholm in April, the two leaders emphasized that although each country will reach an independent decision on NATO membership, they will do so in close dialogue with each other. Marin promised a Finnish decision within weeks, while the Swedish parliament will publish a report in mid-May presenting its position on the country’s membership. No one should be surprised if the two Nordic states act in tandem.

For Sweden, non-alignment and neutrality are not only established virtues; there is also a sense that these policies served the country well during the wars of the twentieth and early twenty-first centuries. Of course, reality did not always match rhetoric. During World War II, Sweden was not really neutral, but made significant concessions to Nazi Germany. Shortly after the war, it acceded to the Kremlin’s demands by – among other shameful acts of appeasement – extraditing soldiers from the Baltic states to the Soviet Union.

During the Cold War, however, Sweden maintained a “hidden alliance” with NATO through extensive covert cooperation. This policy contrasted sharply with official rhetoric, which portrayed the country as taking a middle position between two equally reprehensible powers – the Soviet Union and the United States. Under Olof Palme, who led the Social Democrats from 1969 until his assassination in 1986 and twice served as prime minister, NATO was dismissed as a menacing “nuclear alliance.” But, while publicly anti-American, Palme emphasized privately that cooperation with NATO must continue.

Palme’s official security doctrine attained a kind of sacred status in Sweden upon his death, and his spirit has long influenced the country’s foreign service. In the 2010 election campaign, the Social Democrats, playing on the old threat of the “nuclear alliance,” demanded that “the US dismantle its nuclear weapons and military bases outside the country’s borders.”

But, in practice, Sweden has abandoned neutrality and taken ever-greater steps away from non-alignment. As a European Union member since 1995, the country has close political and economic links to other member states. Since 2009, it has been bound by the EU solidarity clause, which obliges members to assist other EU countries – although not necessarily by military means – in the event of an armed attack.

Sweden has also gradually deepened its cooperation with NATO, and is now (like Finland) a so-called Enhanced Opportunity Partner. It is in the Partnership for Peace, has contributed troops to international operations under the NATO flag, and participates in the Alliance’s military exercises. Most importantly, Swedish defense planning relies heavily on outside help in the event of war.

Sweden’s Cold War policy of neutrality required strong defense forces, and military expenditure of up to 4% of GDP. The country maintained the world’s fourth-largest air force, and had the ability to mobilize almost its entire military-age male population within a few days. Although Sweden has kept its edge in terms of military technology since the end of the Cold War, the de facto abolition of conscription and the shift in the military’s focus to foreign missions have weakened its defense capabilities. Conscription has recently been revived, and the Home Guard was flooded with applications following Russia’s invasion.

But Sweden’s defense spending currently amounts to only 1.3% of GDP. In 2013, the then-supreme military commander, Sverker Göranson, publicly admitted that Sweden could withstand an attack “for about a week. Then we have to get help from other countries.” Only after the Ukraine war began did Andersson announce that Swedish defense expenditure would increase to 2% of GDP.

While Sweden’s defense plans rely significantly on assistance from others, the country does not benefit from the collective-security guarantee enshrined in Article 5 of the North Atlantic Treaty. And Russian aggression seems to stop only at the borders of full NATO members, not partners of the Alliance like Ukraine and Georgia.

The Swedish public thinks partnership with NATO is no longer good enough. When asked on January 1, 2022, whether Sweden should apply for NATO membership, 34% of Swedes agreed and 37% disagreed. By mid-April, 47% were in favor, and only 28% were opposed. And 59% thought Sweden should join NATO if Finland does, with only 17% opposed. At the beginning of May, an opinion poll for the first time showed a majority (51%) in favor of NATO membership. Given this shift in public sentiment, we can expect Sweden to end its charade of neutrality and non-alignment once and for all. /project-syndicate