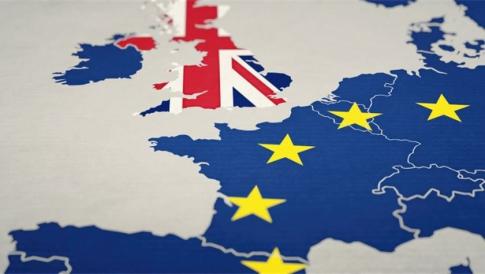 In next week’s Queen’s Speech, a remarkably controversial bill will be announced in the most anodyne language. The government will legislate to protect the Belfast Good Friday agreement in its entirety. These words will be a coded threat to the European Union that the UK is prepared to unilaterally tear up parts of the Brexit deal relating to Northern Ireland. The EU has previously said that if this happens, the whole deal could fall. To which the Prime Minister may well respond: so be it.

Northern Ireland was the great compromise of Brexit. Boris Johnson got his deal against all expectations because he agreed to what is, in effect, a regulatory border in the Irish Sea. In theory, the east-west checks will ensure frictionless trade on the island of Ireland by eliminating the risk of non-compliant British produce entering the European Union via the open border between the North and the Republic. In practice, many in London (and Belfast) view these checks as disproportionate.

The protocol got off to a bad start. Many companies decided just not to serve the Northern Ireland market. The DUP, which rejected Theresa May’s deal and supported Boris Johnson (before he agreed the protocol) have paid a political price. They’ve been outflanked by the Traditional Unionist Voice which claims there’s a plan for an all-Ireland economy as a precursor to unification. This split in the Unionist vote is why Sinn Fein have gone into this week’s elections with a consistent opinion poll lead. London is right to be worried that the political situation in Northern Ireland is deteriorating.

The Democratic Unionist Party has now had three leaders in two years as it tries to come to terms with the situation. In February, it quit the power-sharing executive in protest at the protocol. The DUP has been clear to Whitehall that, ‘With the protocol as it is, Jeffrey [Jeffrey Donaldson, the leader of the DUP] won’t nominate if it’s first or deputy.’ Given Sinn Fein’s lead in the polls, it is only likely to be the deputy title that is on offer. In these circumstances, it would be impossible to imagine Unionists entering government without concessions on the issue that most concerns them.

So far, the EU is only offering technical negotiations, which is why No. 10 has now decided to take matters into its own hands. ‘We thought the EU would recognise that it suits both of us not to have the Northern Ireland protocol as a source of controversy,’ says one cabinet member. ‘Now the ghosts of the 1980s are coming back. We know how this movie ends and we can’t sit back and watch.’

‘We either kill the protocol,’ says the leader of Traditional Unionist Voice, ‘or it kills the Union.’ The Orange Order has called for there to be no devolved government until the protocol is reformed.

The UK government’s view is that changes to the protocol will be enough to assuage the DUP. One of those intimately involved in this process agrees: ‘If the UK were to take action, that would be enough in terms of the DUP.’ But how would Brussels respond? If they declare the whole Brexit agreement null and void it could plunge Britain into that same chaos we imagined when a no-deal Brexit was on the cards: miles of border checks, supply chain collapse, issues over medical supplies. Would Johnson risk that?

There are signs he would. The PM has his own political calculations as well. His moments of maximum political potency came when he rallied the forces of Leave: think of the 2016 Brexit referendum and Brexit-dominated campaign for the 2019 general election.

Johnson’s critics argue the protocol is a problem of his own making. It was his compromise, the price he paid for his ‘oven-ready’ Brexit deal and a thumping majority. But he has railed against the protocol almost ever since, chaffing at the compromises he signed and at the EU’s rigorous interpretation of the rules.

Michel Barnier used to talk about de-dramatising any checks between Northern Ireland and Great Britain. Yet on one recent official estimate, Northern Ireland accounts for 20 per cent of all checks on the EU’s external borders, though it represents less than 0.5 per cent of the population in the EU customs zone. Of the lorries requiring documentary checks, four out of five are given ‘identity checks’, in which the back of the lorry is opened up. Irish figures show a 50 per cent increase in exports to the North: creating new economic bonds which Unionists fear will turn into political bonds.

The Prime Minister is now preparing a new strategy. His last attempt came in the autumn of 2020, when he introduced a bill that would allow him to change Northern Ireland agreements unilaterally and – as Brandon Lewis, his Northern Ireland Secretary said – would ‘break international law in a very specific and limited way’. Uproar ensued. In the end, enough progress was made in negotiations for the clauses to be withdrawn. Several of those involved hope that the same thing will happen again, that the bill will act as a warning, and show the EU that the technical negotiations currently on offer simply aren’t sufficient.

This time, No. 10 will declare that it is acting lawfully. The attorney-general, Suella Braverman, has yet to deliver her verdict, but ministers are convinced by the argument that there is no breach of international law because they are moving to protect the pre-existing Good Friday agreement. Johnson can argue that all three strands of that deal are now in trouble. There is no power sharing, no north-south ministerial collaboration, and the protocol disrupts east-west relations. The government argues that the common factor in all this is the protocol, though EU officials respond that the real root of the problem is Brexit.

The government is sufficiently sensitive to the Good Friday question that Conor Burns, the Northern Ireland minister (one of Johnson’s closest allies) is to go to the US to try to persuade Washington that unilateral reform is a good thing; as a Belfast-born Catholic, Burns might get a better hearing among the Irish-American lobby. He will say reform will protect rather than endanger the agreement, and that it will still allow the EU to protect the integrity of the single market while not threatening the peace. The EU will have all the data it needs on goods entering Northern Ireland within 40 minutes – allowing it to spot any worrying trading patterns.

The Prime Minister will also, I’m told, make one more effort with Emmanuel Macron, the most hardline EU leader on this question. But Macron is unlikely to budge. As one veteran of this process observes, he genuinely believes that Johnson – and the Brits – must be made to abide by their deal if the post-Brexit relationship is going to work. It’s telling that Macron has spoken to Putin since being re-elected but not Johnson.

The view in Tory circles is that negotiations on this issue just aren’t working. Truss, for instance, is sincere in seeking to move UK/EU relations beyond Brexit. In her recent Mansion House speech, she went out of her way to say the UK supports an outward--looking EU. But the fact that the EU offered more in October to the more hardline Lord Frost than to Truss has undercut those in government who want to take a moderate approach to the issue.

So confrontation looms. The EU knows what is coming: its initial reaction to next week’s statement of intent will be low-key. There is doubt in Brussels about whether the Prime Minister is all bark and no bite: the EU view is that ‘not everything in a Queen’s speech always translates into action’. There is also a feeling, I’m told, by one well-placed diplomat, that ‘if the EU is being used for domestic political purposes, why should we cooperate?’ They don’t want to let Johnson stage a fight with Brussels as a ploy for his own political survival.

Some on the British side believe that the EU’s silence reflects its failure to line up member states behind a common position. Some think that with the UK playing such an active role in terms of both supporting Ukraine and bolstering Nato’s eastern flank, it’ll be harder to get EU states to agree retaliatory measures.

But London, too, has form in misjudging EU response. EU sources stress that if this bill is actually introduced, then there would be action. The various legal cases against the UK for not enforcing the protocol, which are paused at present, would be resumed. It would also spell the end of UK attempts to join Horizon, the EU’s scientific research programme. If the bill became law, then the ‘nuclear option’ of ‘actively targeting British products’ would come into play.

There will be a new parliamentary battle, with Westminster being asked – in effect – to give Johnson a licence to make these unilateral changes. The bill won’t be ready for months and even if it passes the Lords, it won’t do so at pace.

If the bill is rejected by the Lords, the Prime Minister could invoke the Parliament Act to force it through – but that could take another year, by which time the geopolitical situation may have changed again. The EU could start making threats that would once again put the British economy under a cloud of uncertainty – this would hit investment at the worst possible time. A tariff war between the UK and the EU would also compound the cost of living crisis.

Would this help Boris Johnson in the run-up to an election? The truth is that voters in Britain don’t much care about Northern Ireland. It’s not as though the protocol was a major issue in the 2019 campaign. So the EU has good reason to call Johnson’s bluff. Johnson would be risking his own Brexit deal – and giving Labour a chance to say that the Tories are the party of chaos.

The UK and the EU should both be prepared to look at the protocol through fresh eyes. It hasn’t even been fully implemented these past two years – and there is no evidence that the ‘grace period’ concessions have damaged the integrity of the single market, so these should be introduced permanently. Even if the protocol is backed by a majority in the new Belfast assembly, it will still need the blessing of the Unionists. Under the power-sharing system, both sides need to agree.

Rather than another Brexit tussle, both London and Brussels must grasp that the situation has changed and the protocol needs to reflect that. If the EU will accept that, then the government should drop its bill./ The Spectator