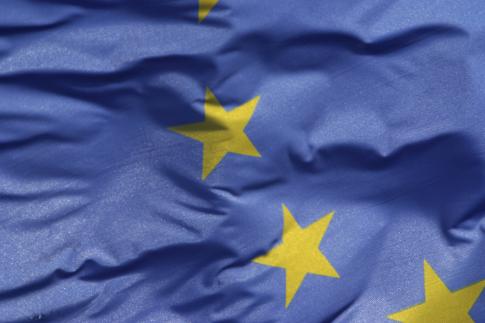 The COVID-19 crisis has shown that the European Union is much more than an assemblage of incessantly bickering small to medium-size countries. The evolution of key economic and epidemiological indicators is remarkably similar across EU countries, owing to a unity of perspectives that is glaringly absent in the United States.

BRUSSELS – A few months ago, the COVID-19 pandemic, coupled with the economic and financial crisis it has caused, looked like it might break the European Union. Member states had closed their national borders and rejected all coordination, with some even halting the export of urgently needed medical equipment to their EU partners. Today, however, internal EU borders have been re-opened, medical equipment is moving freely, and member countries have agreed on unprecedented measures to deal with the pandemic’s economic fallout. What accounts for this remarkable turnaround?

The EU is often depicted as a motley crew of small to medium-size countries that are unable to agree on anything. But the evolution of key economic and epidemiological indicators during the COVID-19 crisis is remarkably similar across countries, suggesting that, when it comes to fundamental policy choices, they aren’t so different, after all.

Begin with the epidemiological data. True, COVID-19 infection and mortality rates vary widely across EU countries, with Germany and most northern and eastern member states doing far better than Italy, Spain, and France (not to mention the United Kingdom). Yet nearly all of them have stabilized their infection rates at a low enough level that local outbreaks can be kept under control, by implementing mandatory social-distancing rules, which were lifted only after the virus was brought under control.

The one exception is Sweden, where policymakers decided to rely on the public to take the necessary precautions voluntarily. So far, this approach has yielded unimpressive results, to say the least. Sweden not only has a much higher fatality rate than its Nordic neighbors; its economy has not fared noticeably better, either.

Even with this exception – which accounts for less than 3% of the EU’s population – outcomes across Europe are far more consistent than those in the United States. Some East Coast states, such as New York and New Jersey, have followed the “European” pattern: a sharp rise in infections and deaths, followed by strong social-distancing or shelter-in-place rules, which have stabilized infection rates at a low level. But other states – such as Arizona, California, Florida, and Texas – have been reluctant to enforce (or sustain) strict social-distancing rules, even as infection rates have reached record highs.

This suggests that the differences are a matter of preferences, not institutions. After all, the US has a strong federal institution – the Centers for Disease Control and Prevention – that can provide guidance for the entire country.

Yes, President Donald Trump refused to back CDC recommendations; in fact, he and other members of his administration, including Vice President Mike Pence, have made a point of refusing to wear masks. But European countries did not have any “federal” authority urging them to follow the same set of rules. Instead, most national leaders instinctively followed a similar line, guided by the latest scientific advice. This approach reflected similar perspectives. US state governors did not do the same, because of sharply diverging political preferences and perspectives – which extend to trust in science and expertise.

Macroeconomic data tell a similar story. Before the pandemic, unemployment was both lower and more evenly distributed in the US. No longer. In May, the nationwide unemployment rate surged to over 13% – almost double the EU average of 6.7%, which has barely risen during the crisis.

What is more surprising is how unevenly unemployment is now distributed in the US – more like in the EU. For example, Nevada’s unemployment rate now stands at 25% – the highest in the US – whereas Nebraska’s is only about 5%. That is about the same as the difference between Greece and Germany.

Yet, as heterogeneous as unemployment levels are in the EU, all countries have managed to prevent significant increases – again, for reasons of perspective. All EU member states have chosen to introduce or extend reduced-time work subsidies: the government pays firms to keep workers on their payroll, even if production has to be lowered.

The goal was to enable medium-to-large industrial enterprises to retain specialized staff – or “firm-specific human capital” – during the temporary shock. That way, firms could resume production more quickly, once restrictions were lifted and the recovery took hold. /project-syndicate