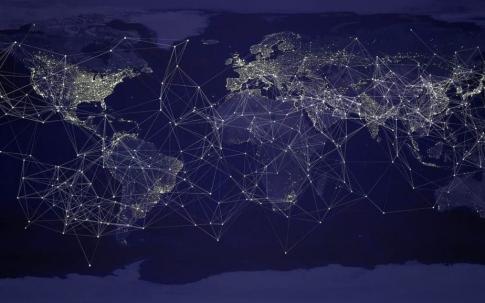 By Mohamed A. El-Erian

Appeals to recommit to globalization are highly unlikely to gain traction in the wake of the COVID-19 pandemic. Those keen to preserve globalization would instead be better advised to focus on minimizing the disruption caused by the coming period of deglobalization and laying the groundwork for a more sustainable process thereafter.

LAGUNA BEACH – Having already been buffeted by two big shocks in the last ten years, the global economy’s highly interconnected wiring is suffering a third because of the COVID-19 pandemic. Globalization thus faces a three-strikes-and-out situation that could well result in a gradual but rather prolonged delinking of trade and investment, which would add to the secular headwinds already facing the global economy.

Appeals to recommit to the current globalization process are almost certain to fall on deaf ears – particularly because this latest shock will be driven simultaneously by governments, companies, and households in developed countries. Those keen to preserve globalization in the longer term would instead be better advised to focus on minimizing the disruption caused by the coming period of deglobalization and laying the groundwork for a more sustainable process thereafter.

For starters, it is already clear that many firms will look to strike a more risk-averse balance between efficiency and resilience as they emerge from the damaging pandemic shock. The corporate world’s multi-decade romance with cost-effective global supply chains and just-in-time inventory management will give way to a more localized approach involving the reshoring of certain activities.

This inclination will be reinforced by government mandates to secure safer inputs for sectors deemed to be of national-security interest. We are already seeing such requirements in the United States for energy generation, telecommunications, health-care materials, and pharmaceuticals. It is only a matter of time until this trend spreads to other sectors and countries.

The aftermath of the current crisis-management phase is also likely to feature an intensified blame game, adding a geopolitical impetus to deglobalization. Already, the US is complaining that China didn’t do enough to contain the spread of the virus and inform other countries of its severity. Some US politicians have even called for China to pay reparations as a result. And many in America and elsewhere perceive China’s initial COVID-19 response as yet another example of the country failing to live up to its international responsibilities.

Moreover, the worsening geopolitical situation will likely intensify the weaponization of economic-policy tools that accelerated during the recent China-US trade war – the second recent blow to the globalization process. That in turn will confirm many multinational companies’ fears that they can no longer rely on two key operating assumptions: the ever closer integration and interconnectedness of global production, consumption, and investment flows; and the orderly and relatively predictable resolution of trade and investment conflicts through multilateral institutions applying the rule of law.

Today’s anti-China rhetoric will also give fresh momentum to the first pushback against globalization that emerged a decade ago. With some segments of the population feeling alienated and marginalized by the process, the anti-establishment backlash gave rise in some places to more extreme political movements that have scored some surprising successes, not least Brexit. Such developments greatly weakened global policy collaboration, as has been starkly evident in the world’s uncoordinated approach to containing COVID-19.

This is not an ideal time for the world economy to undergo secular deglobalization. Most countries, and virtually all segments of their economies (companies, governments, and households), will emerge from the crisis with higher levels of debt. Absent a major round of debt restructuring, developing countries in particular will find their ability to service this debt hampered by high levels of unemployment, lost income, more sluggish economic activity, and, perhaps, less dynamic consumption.

Against this background, those who appreciate the power of cross-border interconnectivity to unleash win-win economic opportunities and reduce the risk of major military conflicts will be inclined to defend the pre-pandemic status quo. But this approach is unlikely to gain traction at a time when governments have become more inward-looking as they battle the pandemic’s direct and indirect damage, companies are still reeling from disruptions to their global supply chains and markets, and households have a heightened sense of economic insecurity.

Rather than fight an unwinnable war of principle, advocates of globalization should adopt a more pragmatic approach that focuses on two priorities. First, they should find ways to manage an orderly and gradual process of partial deglobalization, including avoiding a descent into self-feeding disruptions that result in unnecessary pain and suffering for many. Second, they should start putting in place a firmer foundation to relaunch a more inclusive and sustainable process of globalization in which the private sector will inevitably play a bigger design and implementation role.3

To revert to the baseball analogy, this third strike against globalization has sent it back to the dugout for now. But, as in baseball, there will be another at-bat. The challenge now is to use the time on the bench to understand the situation better and come back stronger. /project-s