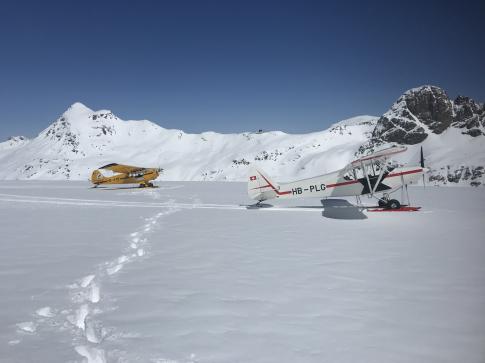 The World Economic Forum used its influential annual meeting in Davos this year to issue a call to arms on climate change. Corporate and finance leaders must recognize that as members of the global elite, they have a duty to lead the charge toward a clean, low-carbon economy.

DAVOS – At its annual flagship meeting in Davos, Switzerland, this year, the World Economic Forum called on companies from around the world to commit to reducing their greenhouse-gas emissions to net-zero by 2050 at the latest. Climate science shows us that such reductions are necessary both to meet the goals of the 2015 Paris climate agreement and to prevent catastrophic climate change.

Naturally, we at the Rocky Mountain Institute (RMI) welcome the WEF’s challenge to the global business community. It is both timely and appropriate. It makes clear to business leaders that, as members of the “Davos elite,” they have a responsibility to set an example by taking bold, immediate action to reduce emissions. And this year’s meeting, the WEF notes, “is a perfect opportunity” to demonstrate leadership on this critical issue.

On my first full day in Davos, I attended a breakfast session where Royal DSM CEO Feike Sijbesma spoke about what it means to be part of that Davos elite. He reminded everyone in the room that with this special status comes a unique responsibility to make the world a better place. To my mind, the French expression noblesse oblige captures this idea quite well.

This year especially, acting responsibly means taking concrete steps to address the climate crisis. If global business leaders fail to meet their obligations on this issue – if they do not fulfill the duty that comes with their privileged position – society, and particularly younger people, will no longer have any reason to accept their leadership.

Moreover, if the world’s governments do not implement the policies that climate science has already shown to be necessary, those in power will bear the blame. The climate crisis has made environmental stewardship an essential feature of leadership itself. Any leader who ignores the climate imperative is not a leader at all.

On my second day in Davos, I joined another breakfast session, this time hosted by BlackRock, the world’s largest money manager, representing $7 trillion in assets. This year, BlackRock CEO Larry Fink’s annual letter to investors included a new commitment to consider climate change and sustainability as key elements in all of the company’s investment decisions. Fink evidently understands the responsibility that comes with great power, and he has positioned BlackRock as Exhibit A of how corporate leaders are beginning to shift direction in response to the climate crisis.

There is also a growing recognition among the Davos elite that sustainable solutions are also often the most profitable. There are countless business opportunities along the path toward a clean-energy transition. Along with Fink, the BlackRock breakfast included many of the business and finance leaders who will be on the front lines of shepherding their sectors into a low-carbon future. Together, these members of the Davos elite are starting to realize this point.

These leaders’ acknowledgement of the urgency of fulfilling their responsibility for a more sustainable future comes not a moment too soon. The looming climate crisis is becoming increasingly obvious to observers around the world, not least young people, who are facing a deeply uncertain future. As the 17-year-old climate activist Greta Thunberg said during her plenary address on the first day of this year’s gathering, “Why is it so important to stay below 1.5°C? Because even at 1 degree people are dying from climate change … Every fraction of a degree matters.”

For its part, the RMI will be increasing the impact of its work by focusing not only on the critical goal of achieving net-zero emissions by 2050, but also on efforts to reduce emissions by 50% by 2030, because that is what the science calls for. By collaborating across sectors – including electricity, mobility, construction, finance, and harder-to-abate areas like shipping, aviation, concrete, and steel – we are working with business leaders to bring about a faster low-carbon transition. And we encourage all leaders, in business and beyond, to embrace their responsibilities. We invite them to join us in demonstrating what real leadership looks like.

Finally, the RMI is joining the WEF in its call to action to business leaders. We hope those in attendance at Davos will sign on to a statement committing to net-zero emissions by 2050. Businesses must help lead the clean-energy transition. Making a public commitment is the first step toward reclaiming the mantle of global leadership.

* Jules Kortenhorst is CEO of the Rocky Mountain Institute.