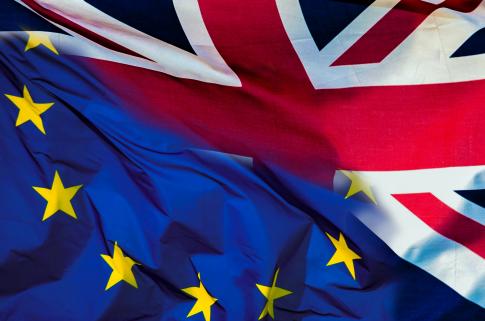 Boris Johnson has vowed to get Brexit "over the line" and "unleash the country's potential", ahead of the Tories' election campaign launch.

In a statement outside No 10, Mr Johnson said he would take the UK out of the EU in January if he is returned to power on 12 December.

He claimed a Labour victory would mean a "horror show" of more Brexit delay.

Labour leader Jeremy Corbyn has vowed to sort Brexit out in six months with a referendum on a new deal.

Mr Johnson's plans to grab the headlines for his party's campaign launch were blown off course by the resignation of a cabinet minister - an unusual event during an election campaign.

Welsh Secretary Alun Cairns has quit the cabinet after claims he knew about a former aide's role in the "sabotage" of a rape trial.

It comes after two Conservative candidates were forced to apologise for comments about victims of the Grenfell tragedy.

Party chairman James Cleverly said Jacob Rees-Mogg and Andrew Bridgen's remarks about the actions of Grenfell victims had "caused hurt and distress", telling BBC Breakfast: "We don't always get things right and when we get it wrong we apologise."

Elsewhere, as the starting pistol is fired on five weeks of official campaigning:

The Liberal Democrats have pledged to spend £2.2bn a year on mental health services, funded by a 1% rise to income tax

Labour's ruling body have not endorsed Chris Williamson, Stephen Hepburn and Roger Godsiff as candidates for the party

The prime minister met the Queen at Buckingham Palace on Wednesday morning, marking the official start of the election period in the run-up to the 12 December poll.

Speaking later outside Downing Street, Mr Johnson said he did not want to call the election but had been forced to act in the face of Parliament's efforts to block his "great Brexit deal".

If his "modern and compassionate" party won the election, he said he would take the UK out of the EU within six weeks, a move which would release a "flood of pent-up investment" in the economy.

In contrast, he said a Labour victory would result in another referendum and a second vote on Scottish independence.

"If I come back with a working majority, I will get Parliament working again," he said.

"Come with us and get Brexit done and take the country forward or spend the whole of 2020 in a horror show of dither and delay."

The simple fact is that the Conservatives would love to be talking about their all-singing, all-dancing campaign launch happening later.

But campaigns have an alchemy and the Tory campaign has bad chemistry in these opening days.

One cabinet minister told me yesterday that "if we can hold our message, if we can stick to the core idea that we are the ones who can wrap up the mess of Brexit and be able to move on we will be OK".

They definitely could not stick to that yesterday. At the same time, campaigns are a bit like pouring concrete. They take a while to set.

Inside the Tory party, as in all the parties, they know that the first few weeks are important to set out the parameters but days on their own don't mean in a few weeks time the balance will be the same.

Parliament was dissolved - or formally shut down - at just after midnight, meaning all MPs revert to being members of the public. Government ministers keep their posts.

The PM's audience with the Queen lasted about 20 minutes. While the election has already been approved by MPs, the monarch still needed to sign a royal proclamation confirming the end of the last Parliament.