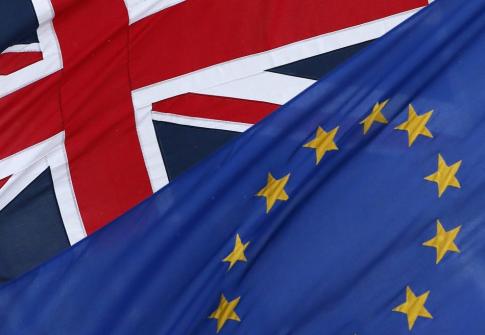 "Please don't waste this time," was the appeal from European Council President Donald Tusk, after European Union (EU) leaders agreed to delay the UK's departure from the EU until the end of October.

But of the seven months between 29 March, the original Brexit date, and 31 October, the end of the current extension period, two months have already elapsed.

And nothing has really changed.

The UK Parliament is as deadlocked as ever, and most of the next two months will be taken up by the Conservative leadership contest.

The aim is to have a new leader, and therefore a new prime minister, in place before the start of Parliament's summer recess - when the House of Commons and the House of Lords effectively shut down. That is expected to begin towards the end of July.

EU leaders are due to review progress on Brexit at a regular summit on 20 to 21 June. But by that time they will not even know who is going to be in charge after Theresa May leaves No 10.

August of course is holiday time, particularly in the EU, when very little business gets done in Brussels, and the chances of the UK having meaningful talks about Brexit with other governments or the EU institutions are limited.

So that already takes us to the beginning of September, only two months before the Brexit extension comes to an end. And in the second half of September, the UK Parliament is once again in recess, as political parties hold their annual conferences.

As for the EU, it has its own problems to solve. Brexit is not its main focus.

The new European Parliament meets for the first time on 2 July, and much of EU business over the next few months will be dominated by the search for compromise over a series of key appointments: new presidents for the European Commission, the European Council and the European Central Bank.

That means the run-up to 31 October could be just as frenetic as the run-up to 29 March was, with huge uncertainty about the outcome dominating politics and the business world.

'Letter and spirit' of agreement

The House of Commons will probably be in session for about 50 days between now and the end of October. Only about half of those days will be under the leadership of a new prime minister.

That is not much time to pass all the legislation that would be needed to deliver Brexit - deal or no deal.

Several would-be Tory leaders say they intend to renegotiate the withdrawal agreement with the EU, even though other EU countries have repeatedly said the negotiations are over.

In fact, the terms of the current Brexit extension - agreed by the government - specifically exclude reopening the withdrawal agreement, and say the UK should not do anything incompatible with the "letter and spirit" of that agreement.

But there is no sign of that being about to happen. Any change currently on offer would be to the non-binding political declaration on future relations, rather than to the withdrawal agreement itself.

A number of leadership candidates also say they are ready to leave the EU with no deal if necessary.

But a prime minister determined to do that would face concerted opposition in the House of Commons, including potentially a no-confidence motion supported by members of their own party.

Legislation is also needed to prepare for no deal - bills covering trade, immigration, agriculture, fisheries and financial services are all currently pending. But any legislation put before the Commons could in theory be amended by MPs to try to prevent a no-deal Brexit taking place.

The Speaker of the House of Commons, John Bercow, has said any suggestion that Parliament would not play its part on Brexit was "simply unimaginable".

"The idea the House won't have its say is for the birds," he said.

Nevertheless, no deal remains the default option in law on 31 October unless something else can be agreed.

The chances of any agreement passing this Parliament in the limited time available already appear remote. So the only likely alternative to no deal would be a further extension to the whole Brexit process.