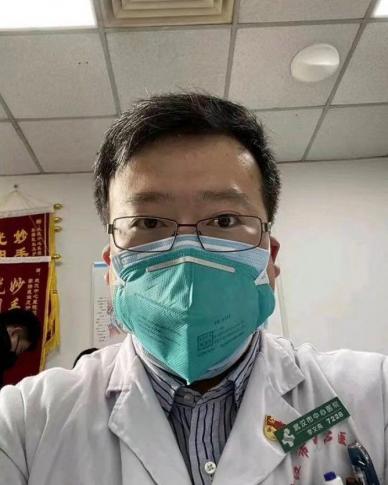 The COVID-19 pandemic has highlighted the need to revitalize postwar institutions, address shortcomings in democratic governance, and launch a global attack on the virus. Ending the pandemic and building a better future will, above all, require the world to develop new norms to replace worn-out, insular beliefs.

OTTAWA – In December 1862, in the throes of the American Civil War, which pitted the norms of slavery against the norms of freedom, US President Abraham Lincoln presented his emancipation plan to Congress. “The dogmas of the quiet past are inadequate to the stormy present,” he declared. “The occasion is piled high with difficulty, and we must rise with the occasion. As our case is new, so we must think anew, and act anew.”

In the wake of the COVID-19 crisis, that is our task as well.

Lincoln saw clearly that the Civil War would utterly change the United States, and that in the world that would follow, old norms and mindsets would no longer suffice. He was right. The tragedy is that he only partly succeeded in persuading his fellow Americans to accept the new norm he proposed – equality for all. Some political leaders thought and acted in a new way, but too many sought to revive the past. Instead of heeding Lincoln’s call to think and act anew, the southern states built a new regime of segregation and discrimination.

Three-quarters of a century later, another epic conflict would again shift hitherto prevailing norms. World War II erupted in a late-industrial world that by today’s standards was local and slow. True, motor vehicles had replaced horse-drawn transport, and early commercial aircraft were flying a privileged few to faraway places. But much remained as it had been for decades. Men controlled business, industry, government, and finance, with women largely relegated to the domestic sphere. Vast swaths of the world – including India, Africa, and South Asia – strained under the yoke of colonialism.

WWII changed everything. In its aftermath, cars became faster, and planes sleeker and swifter. Women assumed a growing role in society, the economy, and governance. But the nuclear age loomed large, bringing with it the new threat of mass destruction.

The world thus needed new ways of thinking and acting in order not to blow itself up. Governments and statesmen rose to the occasion, establishing new multilateral institutions such as the United Nations and forging treaties aimed at deterring nuclear attack. New global agencies like the Food and Agriculture Organization and the World Health Organization tackled problems of starvation and illness. And while all this was happening, new independent countries emerged from colonial domination.

Fast-forward another 75 years, and the world is once again facing a radical challenge to norms it had come to take for granted. The pandemic, it turns out, is not only a scourge but also a source of revelation. It has revealed that postwar institutions, though still functioning, are tired and need revitalizing. It has exposed the costs of systemic weaknesses that enabled populists and extremists to gain power in many places. Above all, it has demonstrated that, regardless of where we live, we are all in this together.

If the fear after WWII was nuclear annihilation, the fear now is global disease. COVID-19 – and the recurring pandemics experts tell us to expect in the future – is a global phenomenon from beginning to end. We are accustomed to seeing the same diseases in different parts of the world, but never had we faced one requiring every country to take the same precautions, at the same time, lest we all fall victim. The cure for COVID-19 – although the disease is unlikely ever to be fully eradicated – must be global, too.

Within days of China releasing the genetic composition of the novel coronavirus on January 10, 2020, scientists around the world were working to develop vaccines. The effort relied on global science, with international nanotechnology research leading to a new form of vaccine (messenger RNA). This again proved Louis Pasteur’s observation that “science knows no country, because knowledge belongs to humanity, and is the torch which illuminates the world.”

But we have now run into a roadblock. While we have developed vaccines internationally to fight a global contagion – new thinking and new action for a new case, as Lincoln would have put it – we are reverting to old nationalist norms at the delivery stage. Countries and blocs of countries – largely in the affluent West – are adopting an “us-first” attitude that makes no moral or practical sense. /project-syndicate.org