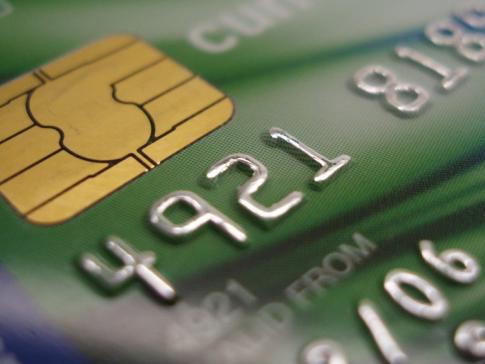 No Recovery Without Debt Relief

The COVID-19 pandemic is a shared global challenge, and it demands a shared global response that addresses both the health and economic dimensions of the crisis. More extensive debt relief for Africa is an essential feature of any such response.

ABUJA – Last month, the African Union launched the Africa Medical Supplies Platform to facilitate the production and provision of vital medical equipment – the latest achievement in an already impressive response to the COVID-19 crisis. Yet, in the same week, it was revealed that most of Nigeria’s federal government revenue was going to debt-service payments, and the country would be cutting public-health spending by 40% – even as COVID-19 infections continue to climb.

The contrast is as tragic as it is stark. The world’s youngest continent is itching not only to stand on its own two feet, but also to provide global leadership. And it remains hamstrung by an old foe: debt. If Africa is to achieve its potential, its creditors must set it free.

No longer saddled with massive debt-service costs, countries were able to invest more in their own economies and people. Many of the countries that had received debt relief, such as Ethiopia and Rwanda, subsequently experienced significant upticks in economic growth. Standards of health care, access to education, and employment opportunities improved markedly. And countries improved their governance and benefited from greater stability – crucial to sustaining long-term growth.

This progress is now at risk of unraveling. Though Africa has so far recorded a relatively low number of COVID-19 infections, it faces a severe economic crisis, with potentially far-reaching social and political implications. External demand, oil prices, tourism and travel revenues, and remittances have all collapsed. Investors have pulled $100 billion from emerging markets since the beginning of the pandemic – the largest-ever capital outflow in such a short period This is contributing to a deepening – and highly dangerous – liquidity crisis.

African governments urgently need capital to stabilize economies hit by cumulative external shocks and to finance an adequate public-health response. Yet, unlike the eurozone or the United States, most African countries cannot print money to get them through the crisis. Moreover, their fiscal space remains limited, not least because they must continue to make large debt payments. This leaves their leaders with an impossible choice: cut spending on crucial services, as Nigeria has done, or default.

Debt relief would save countries from this bleak scenario, freeing up the capital needed to fight the pandemic and stabilize the economy. World leaders already recognize this. In April, G20 leaders agreed to suspend some debt repayments for the world’s poorest countries for the rest of 2020. But it is nowhere near enough. Pledges must now be swiftly implemented and significantly expanded. Specifically, all creditors – bilateral, multilateral, and private – must implement an immediate debt-service standstill for all African countries until the end of 2021.

As Vera Songwe, the Executive Secretary of the United Nations Economic Commission for Africa, has proposed, a special purpose vehicle (SPV) could also be created, modeled on the repurchase (“repo”) facilities that American and European central banks often use to support the smooth functioning of markets. This new lending vehicle, backed by the G20 central banks, would not only expand access to cheap liquidity; if designed well, it could also support the shift toward a more sustainable growth model.

The International Monetary Fund also has an important role to play. The creative use of its reserve asset, Special Drawing Rights, could go a long way toward supporting fragile economies.

The world’s wealthiest economies have responded to the COVID-19 crisis with unprecedented fiscal measures. African countries must do the same. Ensuring that they can is not charity; it is a matter of shared interest.

If African governments lack the resources to respond effectively to the crisis, the hard-won gains of recent decades will be wiped out; poverty will skyrocket; the virus will become increasingly difficult to contain; and social unrest will grow, particularly in countries like Sudan that are already struggling to end decades-long conflicts. This would exact a massive human and economic toll, and leave all of us living in an increasingly insecure world.

The COVID-19 pandemic is a shared global challenge, and it demands a shared global response that addresses both the health and economic dimensions of the crisis. Debt relief for Africa is an essential feature of any such response. /project-syndicate