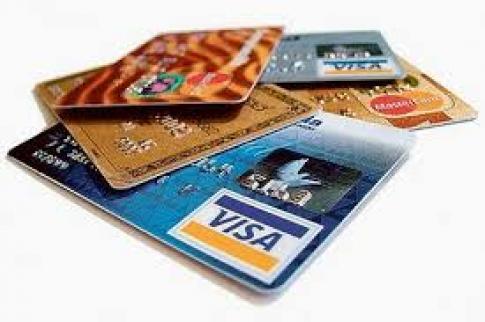 It is impossible to say what will happen to oil prices as a result of the COVID-19 pandemic and global recession. But there are signs that, though demand will take time to recover, supply may be adjusted faster than during past crises.

MEXICO CITY – With oil prices at historic lows, many are desperate for some idea of what will happen next in energy markets. As a wise oil expert once advised me, we should never try to predict the future price. But we can shine a light on how the COVID-19 pandemic is affecting oil markets today, and what their prospects are.

Until a few weeks ago, the world was producing and consuming around 100 million barrels per day (b/d). But social-distancing rules and movement restrictions aimed at curbing COVID-19 infections have caused global oil demand to plummet. The US Energy Information Administration (EIA) forecasts that global liquid fuels consumption will average 92.6 million b/d in 2020, down 8.1 million b/d from 2019. In June, OPEC crude oil production could fall below 24.1 million b/d.

At the same time, countries’ oil inventories are at or near full capacity. Typically, OECD countries hold about a 60-day supply of crude oil. Today, they are holding an 85-day supply. The EIA expects that global oil inventories will grow this year at an average rate of 2.6 million b/d – the largest annual buildup in the 40 years the EIA has tracked international data. Simply put, the world is running out of space to store oil.

Because oil markets are highly inelastic in the short term, the combination of plummeting demand and swelling inventories has produced the sharpest oil-price decline in recorded history. Prices even reached negative territory for some grades of crude, such as West Texas Intermediate and Mexican oil export basket.

Historically, abrupt declines in oil prices have typically been short-lived, with recoveries arriving after a few months. That is what happened after both the 2008 global financial crisis and the 2014 oil-price crash. But, with a pandemic raging and a recession looming, will this time be different?

The answer depends, first, on whether demand will recover more slowly this time around. OECD countries are certainly working hard to ensure that it doesn’t. Beyond extraordinary monetary expansion in many countries, G20 governments have implemented unprecedented fiscal stimulus – the equivalent of 8% of GDP, on average. Stimulus packages are particularly large in the United Kingdom (17% of GDP), France (15% of GDP), and Germany (14% of GDP). The United States’ package – which amounts to 10% of GDP – is twice the size of Mexico’s entire economy.

But this is not a typical economic crisis. During a pandemic, spurring economic recovery is not as simple as encouraging people to move and consume. Even as social-distancing rules are relaxed, many businesses will continue to face constraints on their operations, from physical-proximity restrictions to supply-chain disruptions.

Moreover, consumers may hesitate to return to their old lifestyles, meaning that some industries – such as air travel and tourism – will continue to struggle long after outbreak-related restrictions are removed. And, absent a vaccine or cure, there is always the possibility that new waves of infections will force countries to clamp down again.

In any case, economic recovery does not necessarily mean a return to the pre-pandemic “normal.” For example, remote-work arrangements could be maintained, and, with the pandemic viewed in some countries as an indictment of global supply chains, trade may suffer. In short, there is plenty of reason to expect oil demand not to rebound as quickly as it has after past crises.

That does not have to lead to disaster – but only if oil producers can adjust supply fast enough. In the past, this has been difficult to do. Traditional oil fields require large amounts of upfront capital, but once production starts, the marginal cost of extraction is very low. As a result, producers may hesitate to take fields “offline” when oil prices decline.

With the rise of shale oil, however, marginal production costs have increased considerably. So when oil prices fall below their breakeven point, the optimal response is to suspend production immediately. That explains why US oil production, of which shale accounts for a large share, has already fallen by one million b/d, from its mid-March record of 13.1 million. Most analysts predict further declines of similar magnitude in the coming months.

It is difficult to forecast the trajectory of oil markets in the best of times. During a once-in-a-century pandemic, which has triggered a once-in-a-century recession, it is impossible. But there are signs that, though demand will take time to recover, supply may be adjusted faster than during past crises – and a more stable oil price may be restored.