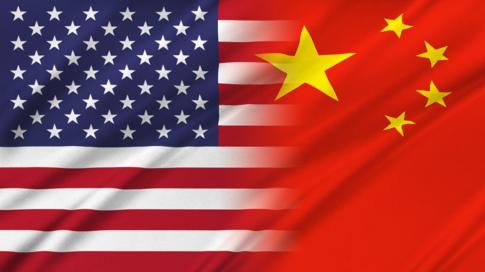 COVID-19 and the Thucydides Trap

After years of deepening Sino-American divisions, perhaps it is not surprising that the COVID-19 pandemic has made matters worse. But if both countries take a clear-eyed view of their own interests, they will see that cooperation is the best medicine now.

BEIJING – As Graham Allison of Harvard University has warned, “when a rising power like Athens, or China, threatens to displace a ruling power like Sparta, which had been the dominant power in Greece for a hundred years, or the US, basically alarm bells should sound.” Nowadays, the alarm bells are sounding so loud that they are drowning out ideas that would allow the United States and China to escape what Allison called the “Thucydides Trap.”

There are three paths forward: one may be a dead end, another will lead to ruin, and the third could bring about a global recovery. The first path runs in the direction of what British historian Niall Ferguson has deemed the “Chimerica” model: a marriage of the Chinese and US economies. This perspective acknowledges the reality of the twenty-first-century economy, which is deeply integrated through global value chains.

But the Chimerica model may no longer be feasible, owing to the economic imbalances that it has spawned. Given the widespread backlash against globalization and China, particularly in the United States, it is increasingly unlikely that a process of deepening Sino-American integration can be revived. If anything, a broad-based “decoupling” is already underway.

The second path would lead to a more adversarial arrangement, with China and America each seeking to weaken the other. This could happen passively: one power might watch with folded arms as the other experiences difficulties. Or one or both sides could actively encourage domestic upheavals against the other, or even engage in outright sabotage. It should go without saying that choosing this route would be not only immoral but dangerous. No responsible politician should advocate such a ruinous race to the bottom.

The third path leads toward restored mutual trust, by focusing on common interests and fighting common enemies. Returning to Allison’s historical paradigm, it is worth remembering that while Sparta emerged as the winner of the Peloponnesian War, it nonetheless suffered a subsequent decline, opening the way for the peripheral Greek kingdom of Macedon to rise to power under Philip II.

In today’s case, once China determined that COVID-19 was a serious threat, it made huge sacrifices to contain the virus, thereby creating a window of opportunity for the US and the rest of the world to start preparing. Having flattened the contagion curve within its own borders, China is now demonstrating global solidarity by sending medical professionals and equipment to other countries in need.

Rather than recognizing China’s decisiveness and thanking it for its help, the US has doubled down on disparaging the country. As Malaysian economist Andrew Sheng has observed, “Anything that China does that is supposed to be good will be treated as a conspiracy for China to grab power. China in the eyes of the West cannot do anything right.” This predisposition is most unfortunate: the history of which Graham reminds us should not be forgotten, especially when it is repeating itself.

It doesn’t have to be this way. Starting today, China and the US could begin to rebuild their relationship through bilateral and jointly led global initiatives to stem the COVID-19 pandemic and put the global economy back on a sustainable growth path.

Although Sino-American relations have been strained for some time now, the two countries have a history of coming together to fight common enemies. After the September 11, 2001, terrorist attacks against the US, China and America worked side by side to counter the threat posed by al-Qaeda and its ilk. Then, after the 2008 financial crisis, they came together again to pull the world back from the brink of global depression. And in 2014, China and the US signed a deal that paved the way for the Paris climate agreement.

As a global crisis, the COVID-19 pandemic also should be treated as a common enemy. Viruses, after all, neither respect political borders nor have any ethnicity or nationality. No country acting on its own can win the war against this one. For now, at least, our common interest in defeating COVID-19 far outweighs our differences. By demanding that China and the US take the third path, the COVID-19 crisis has offered a way out of the Thucydides Trap.

To be sure, any two large countries with histories as rich and varied as those of China and the US are bound to have their differences. In recent years, those differences have accentuated tensions in China-US relations. But there is no denying that both countries have the same core interests in combating global challenges like the COVID-19 pandemic, climate change, financial instability, and any number of other common enemies that may emerge in the future.

Unlike China and the US, emerging markets and developing countries lack the wherewithal to protect themselves from the new pandemic threat. Together, China and the US should offer bold proposals for more financing through a new issue of the IMF’s global reserve currency, Special Drawing Rights, as well as debt relief for poorer countries. Only then will struggling governments have the fiscal space to combat the pandemic and then restart their economies. If the virus and the economic crisis are still present anywhere, they will pose a risk everywhere, including China and the US. /project-syndicate