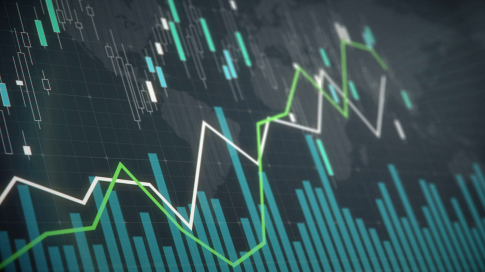 The International Monetary Fund believes that ringing alarm bells on global economic growth is not its job, especially with many observers spotting signs of improvement in the past few weeks. But with economic conditions set to worsen before they improve, complacency is likely to have a high cost.

PRINCETON – In April 2018, the International Monetary Fund projected that the world economy would grow robustly, at just above 3.9% that year and into 2019. The global upswing, the Fund said, had become “broader and stronger.” That view quickly proved too rosy. In 2018, the world economy grew only by 3.6%. And in its just released update, the IMF recognizes that the ongoing slowdown will push global growth down to only 3.3% in 2019.

As always, the Fund blames the lower-than-forecast growth on temporary factors, the latest culprits being US-China trade tensions and Brexit-related uncertainties. So, the message is that growth will rebound to 3.6% next year. As Deutsche Bank points out, IMF forecasts imply that fewer countries will be in recession in 2020 than at any time in recent decades.

But the forces causing deceleration are still in place. Global growth this year will be closer to 3%, with rising financial tensions in Europe.

The IMF keeps getting forecasts wrong because it misses the big picture. The economically advanced countries – which still produce about three-fifths of global output – have been experiencing a long-term slowdown since about 1970. The reason, Northwestern University’s Robert Gordon says, is that despite the promise of modern technologies, ever-slower productivity growth has dragged down the growth potential of these rich economies.

As a result, China has come to play a dominant role in determining the pace of global growth. Besides its large size, the Chinese economy has extensive trade links that transmit its growth to the rest of the world. When China grows, it sucks in imports from other countries, giving the global economy a big boost. Rapid Chinese growth revved up the world economy between 2004 and 2006, in 2009-10, and in 2017.

But China’s once-heady growth rates have necessarily fallen as the country has become richer. By historical standards, an economy as rich as China today should be growing at 3-5% a year, rather than the 6% or more that the Chinese authorities are trying to achieve through fiscal and credit stimulus.

Pushing too hard for extra growth has increased China’s financial vulnerabilities to worrying levels. By standard measures of credit growth and asset-price inflation, the country should have had a financial crisis by now. The Chinese authorities have therefore played yin and yang, stimulating growth to prevent a rapid slowdown, but reining in the stimulus to contain financial risks.

The latest cycle has been no different. In 2017, Chinese policy stimulus spread through the world, leading to the celebration of a “synchronous upsurge.” The most significant beneficiary was Europe, which depends heavily on trade. European Central Bank president Mario Draghi patted himself on his back for deft “monetary policy measures,” which he said had supported “broad-based” momentum.

When China withdrew its stimulus in early 2018, the IMF, the ECB and other forecasters blissfully continued to project high growth rates, even as the global economy slowed rapidly. Soon enough, Europe swooned, sending Italy into a technical recession and Germany to the threshold of one. (Oddly, the United Kingdom’s economy, for all its Brexit-related troubles, is doing marginally better than both.)

In the past few months, China’s leaders, concerned about their economy’s slowdown, began a new round of stimulus. Although data are not yet available, world trade growth appears to have risen slightly since then. European growth rates have ticked up, although only enough to alleviate immediate recessionary risks.

For the world economy, the continuing problem is the short-lived nature of Chinese stimulus. The OECD has already warned that the latest stimulus will drive up the worryingly high volume of corporate debt, and that over-indebted local governments will borrow more to finance wasteful infrastructure. Faced with the choice of financial crisis or slower growth, the Chinese authorities – and the rest of the world – will once again prefer slower growth. Thus, China’s deceleration will resume in the coming months, dampening world growth yet again. For now, no other country is in a position to take China’s place.

Darkening the global outlook further, the US economy is coming off the “sugar high” of fiscal stimulus and corporate cash repatriation from overseas. In addition, Germany’s slowdown in 2018 and early 2019 may not only reflect its sensitivity to slower world trade growth. Its economy may be finally descending from its high pedestal as its vaunted diesel-engine-based car industry struggles to meet pollution standards and growing competition from electric cars.

The real risk, however, lies in Italy. Running down the checklist of crisis indicators, all of Italy’s are flashing red. The economy has zero – possibly negative – productivity growth, which makes it impossible to generate internal momentum to pull out of recession. The ECB has no room to help. Italy’s debt-to-GDP ratio is above 130%, and the European Union’s absurd budget rules, in any event, make fiscal stimulus nearly impossible. Tremors along the Italian fault line will spread quickly to France, which has only slightly better indicators and also little scope for an effective policy response to a serious downturn.

The IMF, always reluctant to ring alarm bells on the global economy, is especially unwilling to counter the recent upbeat sentiment. But with economic conditions set to worsen, complacency is likely to have a high cost.