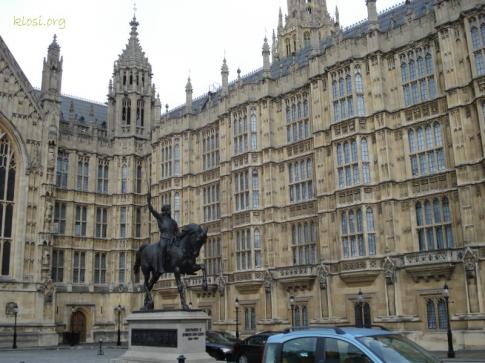 Another chapter in the slow death of politics

Asked to name one other Conservative apart from David Cameron, members of a focus group hesitated. Then one suggested: “Ed Miliband.” Another agreed, saying: “Oh, yes, that’s right – and his brother, Ed Balls.”

The story may raise a grim smile about the ignorance of the … er … plebs. Yet for voters to name two (unrelated) Labour luminaries as Tories is one small sign of the profound and growing disconnect between politicians and the public. The late Philip Gould, Labour’s brilliant political strategist, used to compare politicians to footballers playing in empty stadiums: the spectators have all lost interest and gone home.

A new book out this week shows how Gould, the first man to make systematic use of focus groups and the first to use the term New Labour, managed not only to breathe life into Labour but also to save the Conservative Party. The account of how he did so in Philip Gould – An Unfinished Life, edited by Dennis Kavanagh, includes tributes from David Miliband, Peter Mandelson and Andrew Cooper, currently David Cameron’s director of strategy. Yet the book also chronicles what is surely the slow death of politics as we have known it and the impotence of our political leaders to halt the decline.

Gould recognised that voters, whose party allegiances were once firmly based on class, were becoming less ideological, more aspirational and much more fickle. They were changing, but the politicians were not. The battle to force change on the major parties was one of attrition. In the book, uber-moderniser Lord Mandelson talks of how he designed a new batch of Labour membership cards and “forgot” to include Clause IV – Labour’s historic commitment to nationalise just about everything. The party dinosaurs ordered the cards to be pulped and reprinted with the magic words.

Cooper, now seen by some as a lonely moderniser in today’s No 10, writes that things were no better in the Tory party after its 1997 defeat. Focus groups showed that the public saw the Tories as “old-fashioned, out of date, irrelevant”. True-blue stalwarts continued to blame media bias and Labour spin.

Under the tutelage of Gould – who, as George Osborne notes, was always willing to set aside partisan conflict and who became friends with Cooper in particular – Labour won three elections on the trot. And the Tories, having borrowed Gould’s blueprint, almost won in 2010, with their biggest increase in seats since 1932.

Yet it is hard not to see these victories as short-term advances in the long retreat of national politics. The phrase “posh boys who don’t know the price of milk” was not around in 1998, but if it had been you can bet that voters then – as now – would have ticked it as an apt description of the Tories, who are still widely viewed as out of touch. Nor is Labour much more highly regarded. It may be way ahead in the polls, yet there is no enthusiasm for the party leader – even assuming the voters know who Ed Miliband is.

As political parties continue to shrivel, politicians themselves are acutely aware of the system failing. As David Miliband notes: “While there has been a lot of talk about the radical wave of democratisation in the Middle East, there has not been much reflection on the sense of disempowerment that people feel in Western countries – not just from the political process but from key decisions that affect their lives.”

He says that you cannot have the worst economic crisis in 80 years, as we had in 2007/8, and “expect politics to carry on as before”. He also gives some riveting figures – China is creating a new economy the size of Greece every twelve and a half weeks and one the size of Spain every 16 months. Yet he says that neither the Left nor the Right of the political spectrum has shown the imagination to respond to this shock to the system. The Right, he says, has reached for austerity while the Left “has struggled to turn anger into answers”.

All our politicians are struggling to find answers. They are losing power to the markets, to the big global corporations, to the emerging economies and to the media, notably to the social media made possible by new technology. Philip Gould himself believed that the revolution was never finished. He was also an optimist. Yet, as the ancien régime decays, it is hard to see how our politics is going to be revived.

The saga of the Chief Whip, Andrew “Thrasher” Mitchell, continues to unfold, feeding public perceptions of out-of-touch Tory toffs. I understand the Downing Street police aren’t the only people he has upset. He was not popular with officials in his previous job at the Department for International Development. They gave him marks for competence, but it seems that his private office was “not a happy place”. Staff turnover there was brisk, Civil Service high-flyers did not want to work for him and if they couldn’t avoid it, they left as soon as decently possible.

Apart from a propensity for swearing – which we know about – Thrasher, who is ex-Army, had a tendency to bark out instructions like: “Go and get us some tea.” When one official mildly pointed out that tea-making was not her job, he glared at her and repeated his order for tea. His civil servants had been fervently hoping he would be reshuffled, but they wanted him replaced by his junior minister, Alan Duncan, who is seen as charming, articulate, a good manager and in tune with people – or as one insider put it, “everything that Mitchell is not”.
Telegraph