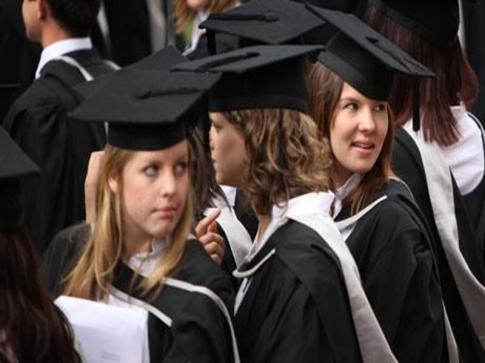 University tuition fees in England should be cut to £7,500, says a landmark review commissioned by the government.

This will be balanced by extending repayments from 30 to 40 years - so that people could be paying back student loans into their 60s.

But the review calls for the return of maintenance grants, which were axed in 2016, for poorer students.

Prime Minister Theresa May said scrapping them had been a mistake.

What are the main proposals?

The review, chaired by the banker Philip Augar, has come up with ideas to provide better value for money in higher and further education.

His big conclusions are that fees are too high in university - and that funding is too low in further education.

Would the changes help poorer students?

John Pienaar: A cause dear to May's heart

Universities told not to 'scaremonger' over fee cut

Universities have seen "generous funding" while other sectors have faced austerity, he argues, and he suggests that more support should be switched towards vocational education.

Any unpaid debts would not be cancelled until 40 years after graduating, rather than 30 years

Means-tested, non-repayable maintenance grants of up to £3,000, for both university and higher-level technical courses

"Lifelong learning loan allowance" to support students of all ages

The review is the prime minister's personal project and she pressed ahead with publishing its findings in her final days in office.

It will be one of the last major announcements before she leaves No 10 - and she spoke with conviction about trying to drive "social mobility".

Echoing her own words at the beginning of her premiership, she called for an end to "burning injustices".

Mrs May accepted that her party's abolition of maintenance fees had not worked.

But she argued the package of measures would remove barriers and make sure that no-one should feel that "because of who they are or where they are from, the world of higher education is not open to them".

She also made a strong call for better funding for further education, saying that colleges had been "overlooked, undervalued and underfunded".

But in terms of how it went down - the conversation afterwards, in an audience of education leaders, was about the curious gap between the strength of the message and the absence of such activity while in office.

Or perhaps that Brexit had consumed everything else around it.

It sounded like a rallying call going into government, rather than a legacy on leaving it.

Who would benefit most from the changes?

The Institute for Fiscal Studies (IFS) says that the biggest winners will be the highest earners.

They pay off their debts relatively quickly, saving on interest charges. The cut in fees will mean that they will pay even less, with the IFS estimating that the highest earning 20% could cut payments by 30%.

The losers could be lower earners, who currently might never have paid off their debts and had them written off. Extending the repayments to 40 years could mean they have to pay off more of their loans.

But there are other factors to be considered.

The return of non-repayable grants will cut costs for poorer students.

Justine Greening told the World at One: "This plan is like rearranging the deckchairs on the Titanic.”

And the longer-term aim is to reduce the number of "low value" courses, so that fewer students are taking degrees which are going to give them low earnings in the jobs market.

The prime minister was unambiguous about the scope for cuts in fees.

"Plenty of courses do not cost the full current rate of £9,250 per student per year to teach," she said at the launch of the review.

Dr Augar said universities had enjoyed rising incomes, while other sectors had faced a decade of austerity - and there was room for "efficiencies".

The author of a government report says fees should be cut to £7,500

There are also proposals for direct funding to fill the gap of reduced fees.

But this will also be a lever for the government to influence the courses being offered - by giving more funding to courses which are either expensive to deliver, such as some sciences.

Or else it will be a financial incentive for universities to teach courses which are seen as being of "high value" to the economy.

The Russell Group of universities says there would need to be a "cast-iron guarantee" that any shortfall would be replaced.

The Association of Colleges, facing a boost in income for further education, was much more enthusiastic.

"For too long, we've had a system that works for half the population whilst neglecting the other half," said chief executive David Hughes.

How has the idea of cutting fees gone down?

A snap poll from YouGov showed that the idea of lowering fees is popular - backed by 59%.

But Conservative and Brexit supporters are the least likely to want lower fees, say the pollsters.

There is also a question of perception.

Shakira Martin, president of the National Union of Students, said it would help to address "the debt aversion caused by high fees, high living costs and the lack of maintenance grants".

Dr Augar also reminded the launch event about how negatively high fees and debts could be viewed, and the misunderstandings of the system.

He said research for the review had come across a grandparent wondering whether they should sell their house to pay off a grandchild's student debt.

When would any changes happen?

The review says a fee cut would not happen before 2021-22 at the earliest.

But there remains another significant political catch. Changes in the level of tuition fees have to be approved by both houses of Parliament.

With the current political deadlock it seems unlikely that such a measure will be pushed forward any time soon - and the future of the plans will depend on the response of the next prime minister.

Labour, which wants to completely scrap tuition fees, has already dismissed the review as "all talk, empty promises and very little action".