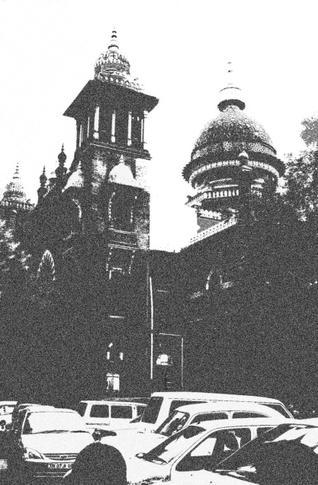 Time to celebrate, and deliberate

The Madras High Court is a place of historical importance for several reasons. As an institution, it has created history, though on both sides of the value system. History was also created on its campus by men, great or small. But it is still celebrated as an institution which one looks up to for redemption from various personal issues and social evils. Therefore, it was befitting that an inaugural function of the sesquicentennial of the Court was officially held on November 26, 2011 and the valedictory is scheduled for today.

The High Court has celebrated several milestones in its 150 years of history with different kinds of festivities. As a matter of fact, it was established on August 15, 1862, by virtue of the Letters Patent issued by Queen Victoria on June 26, 1862, in exercise of the power conferred by the Indian High Courts Act, 1861. The first High Court to be established in a like manner was the Calcutta High Court. It was established on July 1, 1862, followed by the Bombay High Court on July 14, 1862.

Business on day one

The Madras High Court was formally inaugurated on a Friday (fortunately not Friday, the 13th). There were no celebrations to mark the occasion. The newly appointed Chief Justice Sir Colley Horman Scotland and five judges simply walked into the Court Hall about half-an-hour after noon and took their seats. The Master and Sheriff took seats on either side of the Bench. The Chief Justice spoke a few words about the abolition of the Supreme Court and Sudder Courts and the vesting of their jurisdiction in the High Court. He also spoke about the framing of the Rules of Practice and the Rules for enrolling practitioners. Thus the Court plunged into business on the day of its inauguration.

However, after the completion of the High Court building in the place where it is now located, an inaugural ceremony was held with pomp and fanfare of a high order on July 12, 1892. The then Governor of Madras, Baron Beilby Wenlock, arrived at the main entrance under a salute of 17 guns. He was received by the then Chief Justice, Sir Arthur Collins, and taken in a procession through the Courts. After the British national anthem was played, the Secretary to the Government in the Public Works Department offered the key of the building to the Governor.

The Governor, in turn, delivered it to the Chief Justice. The Governor then gave a short speech. His statement on the occasion and the reply of the Chief Justice are worth quoting, as they transcend the realm of law, to the realm of literature. The Governor said: “And now, my Lord Chief Justice, I have pleasure in handing you the key, as a token that the building has been entrusted to your hands by the government, in full confidence that the administration of justice will be carried on with the ability and integrity that has always marked the Madras High Court. To you, my Lord, and to the other gentlemen who hold with you the high position of Judges of the High Court, and to those gentlemen who occupy themselves in the honourable and learned profession of law, in all your hands the administration of justice may be safely left, and we may look forward, for many years to come, with the full knowledge and full satisfaction that the best years of your lives will be devoted to carrying on one of the noblest of works, the uninterrupted administration of justice.”

The Chief Justice replied with solemn gravity: “I fervently hope that long after you and I, Your Excellency, have passed away to that undiscovered country, of which we know so little, there may also continue to be found men of ability and courage, who will administer the law in these Courts without distinction of class, creed or race”. It is for people to judge whether and to what extent the hope expressed by Chief Justice Sir Arthur Collins has been fulfilled by a long list of 35 Chief Justices and 323 puisne judges who have come to occupy the seat of justice in the 150 years of the existence of the High Court.

Coming back to festivities and ceremonies associated with the Court, the High Court exercised Ordinary Original Criminal Jurisdiction until the abolition of the same by Act XXXV of 1955. While exercising Ordinary Original Criminal Jurisdiction, the High Court sessions used to be held four times a year — in February, April, August and November — to dispose of cognisable sessions cases arising within the limits of the city of Madras.

The opening of each of the quarter sessions was an event full of time-honoured ceremonial and prescribed procedure in fullest detail. The Judge sitting in such sessions used to go to the court in a procession everyday, as it were, the chobdar carrying the silver mace with two of the Sheriff’s orderlies carrying javelins. The Sheriff, in his ceremonial robe, carrying the wand, used to precede the Judge in scarlet robes (and sometimes a wig). A high ranking police officer in uniform and the High Court Sergeant behind the Judge completed the procession.

On the Judge entering the Court hall, the Court Crier, in his uniform, would call the attention of people by proclaiming in a stentorian voice: “Oyer, Oyer, Oyer [hear, hear, hear]: All persons having business with my Lord Justice in this Session of Oyer and Terminer and general goal delivery and Admiralty in the City of Madras will now give their attendance when they will be heard. God save the President of the Republic of India and my Lord Justice.”

The proceedings would then commence and the Clerk of the State would read out the charges. If the accused pleaded not guilty, the clerk would read out the names of the jurors and give a chance to the accused to challenge any of them. After the selection of the jurors, the prosecutor would open the case and it would proceed. It was customary for the Sheriff to present a pair of white gloves to the Judge when he took his seat for criminal business at the quarter sessions, when he found no case for trial. These ceremonies vanished 57 years ago, but their memories still linger in the minds of a few.

There are three statues on the High Court campus — of Sir T. Muthuswamy Aiyar, the first native to be elevated to the Bench of the High Court, Sir V. Bashyam Ayyangar, the first Indian to be appointed Advocate General, and Dr. P.V. Rajamannar, the first Indian to adorn the office of the Chief Justice of the High Court. Each one of them achieved greatness in his own way. Sir T. Muthuswamy Aiyar had his own conception of the duty of a judge. He said “the court of justice is a sacred temple; the judges presiding over it are, though men, the humble instruments in the interests of truth and those who enter this holy edifice with unholy thought or desecrate it with unworthy actions are traitors to their God and to their country”.

There is no record to show whether the High Court celebrated its Golden Jubilee. There is also no record to show if the Platinum Jubilee was celebrated. But the centenary celebrations of the High Court were held on three days from August 6 to 8, 1962. Dr. Sarvepalli Radhakrishnan, President of India, inaugurated the celebrations and gave an extempore address, recalling his association with great men like Sir Sankaran Nair, Kasturiranga Ayyangar, C.V. Kumaraswami Sastri and P. Thiagaraja Chetty. He pointed out that justice was the cement which held society together. Referring to Kant’s Categorical Imperative, he hinted at three things, namely, always act in such a manner that the principle of your action can become a general law; treat every human being as an end in himself and never as a means; each individual is both a sovereign and a subject. Interestingly, Dr. Radhakrishnan also gave a hint on the nagging issue of judicial appointments. He said “great care will have to be taken that judges are chosen for the depth of knowledge, for their sound learning, for their aptitude to uprightness.” Before winding up his speech, he remarked that the writ jurisdiction was something that was baffling and that on almost all problems, writ petitions were filed. He expressed the hope that encouragement would not be given to the filing of writ petitions on flimsy grounds.

(Justice V. Ramasubramanian is a judge of the Madras High Court) / Hindu News