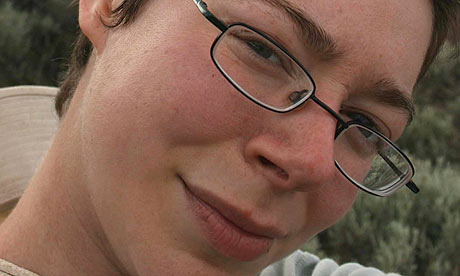 Shetland-based Jen Hadfield was given a cheque for £15,000 but she will doubtless be just as grateful for the sales and profile boost that winning the prize will bring about.

For the poets and publishers who gathered at London's Skinners' Hall for the prize-giving last night it was an evening of mixed emotions after it emerged that another shortlisted poet, Mick Imlah, had died after a long struggle with motor neurone disease. Well-known in poetry circles – he was poetry editor of the Times Literary Supplement - Imlah last year won the Forward prize for poetry for The Lost Leader, his first collection in 20 years.

Hadfield won for Nigh-No-Place, her second book of poetry written in Shetland and also while travelling across Canada. It includes poems such as Paternoster, which is the Lord's Prayer as spoken by a draught horse and Ten-Minute Break Haiku, Hadfield's response to working in a fish factory.

The poet laureate Andrew Motion, who chaired this year's judges, said he was delighted that Hadfield was the winner. "Nigh-No-Place shows that she is a remarkably original poet near the beginning of what is obviously going to be a distinguished career." The other judges were poets Lavinia Greenlaw and Tobias Hill.

Hadfield may have to pinch herself when she looks at the company she joins. Previous winners of the prize, created in 1993 by the Poetry Book Society, include Seamus Heaney, Carol Ann Duffy, Don Paterson and Ted Hughes.

Sion Hamilton, of Foyles bookshop, said the TS Eliot was "probably the most important prize in English poetry." She added: "It gets good press, boosts sales, and has the biggest prize money. Part of its commercial success can be attributed to its simplicity – one prize for one collection, which helps focus public attention. For the poet there is the pleasure of recognition too; the list of previous winners is very strong, it reads like a canon of contemporary English poetry."