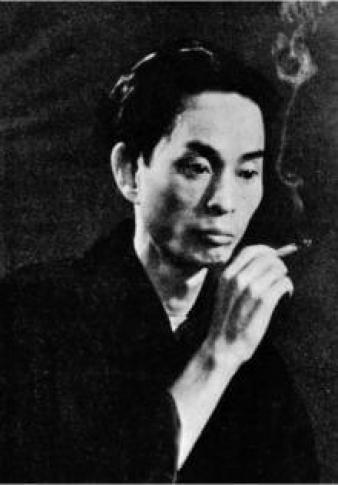 “It may be said that the Master was plagued in his last match by modern rationalism, to which fussy rules were everything, from which all the grace and elegance of Go as art had disappeared, which quite dispensed with respect for elders and attached no importance to mutual respect as human beings. From the way of Go the beauty of Japan and the Orient had fled. Everything had become science and regulation. The road to advancement in rank, which controlled the life of a player, had become a meticulous point system. One conducted the battle only to win, and there was no margin for remembering the dignity and the fragrance of Go as an art. The modern way was to insist upon doing battle under conditions of abstract justice...”

“Yet the misty spring rain softened the outline of the mountain across the river and made it even more beautiful. So gentle was the rain that they hardly knew they were getting wet as they strolled back toward the car, not even bothering to put up their umbrella. The slender threads of rain vanished into the river without a ripple. Cherry blossoms were intermingled with young green leaves, the colours of the budding trees all delicately subdued in the rain.”

“My head hasn’t been very clear these last few days. I suppose that’s why sunflowers made me think of heads. I wish mine could be as clean as they are. I was thinking on the train—if only there were some way to get your head cleaned and refinished. Just chop it off—well, maybe that would be a little violent. Just detach it and hand it over to some university hospital as if you were handing over a bundle of laundry. ‘Do this up for me, please,’ you’d say. And the rest of you would be quietly asleep for three or four days or a week while the hospital was busy cleaning your head and getting rid of the garbage. No tossing and no dreaming.”

“But this love would leave behind it nothing so definite as a piece of Chijimi. Though cloth to be worn is among the most short-lived of craftworks, a good piece of Chijimi, if it has been taken care of, can be worn quite unfaded a half-century and more after weaving. As Shimamura thought absently how human intimacies have not even so long a life, the image of Komako as the mother of another man’s children suddenly floated into his mind. He looked around, startled. Possibly he was tired.

He had stayed so long that one might wonder whether he had forgotten his wife and children. He stayed not because he could not leave Komako nor because he did not want to. He had simply fallen into the habit of waiting for those frequent visits. And the more continuous the assault became, the more he began to wonder what was lacking in him, what kept him from living as completely. He stood gazing at his own coldness, so to speak. He could not understand how she had so lost herself. All of Komako came to him, but it seemed that nothing went out from him to her. He “heard in his chest, like snow piling up, the sound of Komako, an echo beating against empty walls. And he knew that he could not go on pampering himself forever.

He leaned against the brazier, provided against the coming of the snowy season, and thought how unlikely it was that he would come again once he had left. The innkeeper had lent him an old Kyoto teakettle, skillfully inlaid in silver with flowers and birds, and from it came the sound of wind in the pines. He could make out two pine breezes, as a matter of fact, a near one and a far one. Just beyond the far breeze he heard faintly the tinkling of a bell. He put his ear to the kettle and listened. Far away, where the bell tinkled on, he suddenly saw Komako’s feet, tripping in time with the bell. He drew back. The time had come to leave.”

“The sound of the freezing of snow over the land seemed to roar deep into the earth. There was no moon. The stars, almost too many of them to be true, came forward so brightly that it was as if they were falling with the swiftness of the void.”

Data Science training in Pune 16 January, 2020 23:40:16
Techdata Solution offers a comprehensive data Science Training course in Pune. In this Data Science certification Course, every aspirant gets access to 100% Job placement, Hands-on real-time projects, and assignments. We are a topmost institute for classroom training in Pune.
Reply