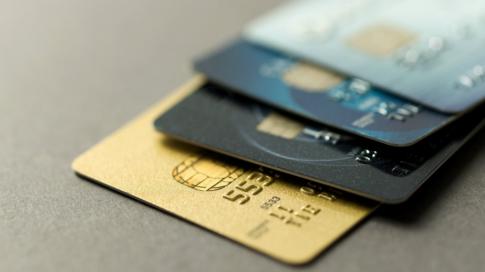 The persistence of low inflation across advanced economies has led central banks into the realm of zero and even negative policy rates, with the result that government borrowing (and thus spending) is now free. Populist politicians find themselves right at home, while those warning that there is no free lunch will be ignored – until it is too late.

MUNICH – A monetary-policy regime centered on quantitative easing (QE) and zero or even negative interest rates has created an extraordinarily permissive environment for politicians of a certain disposition. Those who are willing to exploit current conditions to boost their own popularity can expect clear sailing ahead – at least for now.

Throughout almost all of the advanced economies, monetary and fiscal policymaking are interacting in a new and unique way. Consider, for example, that the German government just issued 30-year bonds with a negative yield. That means it can borrow for free, and, in theory, do anything it wants – at no cost. And Germany is hardly alone, which is why it is not surprising to hear a growing chorus of voices calling for greater fiscal activism at the first sign of a growth slowdown.

Obviously, the current situation could have far-reaching monetary and distributive consequences, given that governments are gradually expropriating from the traditional rentiers. But that is just the start. Politics itself has always been about managing tradeoffs. Money spent in one area cannot be spent somewhere else. If nurses and doctors are paid more, teachers, police, or firefighters will be paid relatively less. Governments must choose between cutting taxes and building new high-speed rail links, aircraft carriers, or roads and bridges.

But now, unconventional monetary policy has given rise to an unconventional politics. In Europe, populist governments in Central and Eastern Europe have been especially good at playing the new game. They can buy off different political factions, raise child benefits, increase pensions, reduce the retirement age, build infrastructure, and cut taxes all at the same time. If the opposition pushes new spending proposals, the government can simply adopt those ideas as its own, ensuring its hold on power.

This new blurring of monetary economics and fiscal policy will inevitably lead to dysfunction. In the 1990s, when Europeans were considering whether to adopt the euro, the single currency was sold both as a disciplining instrument and as a means of sugarcoating the bitter tradeoffs of conventional politics. Joining the eurozone meant sacrificing some degree of sovereignty over fiscal policy; but membership would bring lower interest rates, thereby reducing the costs of government debt and freeing up resources for other uses.

Under the new dispensation, the increased temptation to spend is still there. But it comes with a new, peculiar limitation: the sugar fairy only sprinkles her magic dust on countries that pledge to remain within the circle. The moment the prospect of leaving is raised, the spell is broken, which is why even Euroskeptic politicians in Italy and France no longer entertain that option. Of course, the euro does not magically turn member-state governments into models of economic rectitude. On the contrary, they are now effectively rewarded for acting irresponsibly and unpredictably, while forcing monetary authorities into a more accommodating position.

The most obvious example of this gambit is in the United States, where President Donald Trump’s trade war and Twitter threats are fueling economic uncertainty and putting wind in the sails of doves on the Federal Open Market Committee. The Fed is now cutting interest rates to head off a growth slowdown. It is only a matter of time before European populists – British Prime Minister Boris Johnson, Hungarian Prime Minister Viktor Orbán, and Matteo Salvini (whose ambition remains to become the Italian prime minister) double down on the same strategy.

Compounding the dysfunction, populists have latched onto new intellectual arguments, and are increasingly presenting themselves as serious, innovative thinkers. Their first task is to persuade voters that what they are doing is not dangerous. But this hasn’t been too difficult, given that voices celebrating the demise of the old liberal order are now heard across the political spectrum. Throughout the advanced economies, there is a widespread perception that since the 2008 financial crisis, the old rules have no longer applied.

The new narrative that has emerged is ideal for populists. It holds that the financial crisis discredited traditional economics, and that “neoliberalism” was a dangerous illusion. The neoliberal insight that came in for the greatest criticism after the crisis was that fiscal restraint is a virtue and rewards adherents with lower interest rates, cheaper credit, and enhanced consumer spending. According to the critics, government spending is not only free, but also an unalloyed good.

In this brave new economy, no one seems to be able to say authoritatively how much debt is dangerous. But that doesn’t mean there isn’t some level of debt that could trigger a dramatic reversal. If depositors and investors become nervous, debt could become expensive again, making the existing debt stock unsustainable. Only then will the populist magic stop working.

Those who want to restore conventional politics and the old rules find themselves in an unenviable position. Although they do not wish for an end to prosperity, they sound like they do when standing next to populists. Nobody wants to vote for Cassandra when Pollyanna is on the ballot. By the time Cassandra’s warnings are borne out, it is always already too late. /project-syndicate