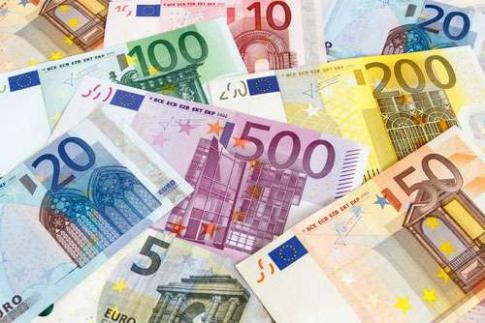 Since revelations of Danske Bank's role in the largest-ever money-laundering scandal, the United States and the European Union have been squabbling over who is to blame for the persistence of illicit money flows in their respective economies. But rather than pointing fingers, the US and the EU should start sharing pointers.

KYIV – The money-laundering scandals keep rolling in, most recently in Estonia, where a subsidiary of Danske Bank reportedly processed some €200 billion ($225 billion) in suspicious payments from around the region in recent years.

Nonetheless, the United States and the European Union have yet to muster a coordinated response to the problem. On the contrary, the US Department of the Treasury recently chastised the EU Commission for including four US territories (American Samoa, Guam, Puerto Rico, and the US Virgin Islands) on a list of jurisdictions with “weak anti-money laundering and terrorist financing regimes.” But instead of blaming each other, the US and the EU should be working together to develop a new consensus on how to address the issue.

Money laundering, in its current form, is relatively new. Starting in the late 1980s, financial liberalization around the world led to a substantial increase in tax evasion. But the problem wasn’t really on policymakers’ radar until the attacks of September 11, 2001, which revealed the connection between money laundering and terrorist financing. Shockingly, though, the US Supreme Court’s decision in Citizens United v. Federal Election Commission allowed unlimited amounts of so-called dark money to pour into the country’s elections. And since Russia’s attacks on the 2016 US presidential election, money laundering has again become a matter of national security.

Europe, too, has been subjected to Russian election meddling. But it also faces different problems than the US. Because its banking system is fragmented and not well policed, Northern European financial institutions apparently are not always aware of illicit activities occurring under their noses. The US banking system, by contrast, is very well policed. Yet the US has effectively legalized practices outside of the banking system that should be prohibited.

After the US adopted the 2001 Patriot Act to combat terrorist financing, US banks were required to know their customers, or risk draconian fines. And in the five years after the 2008 financial crisis, banks operating in the US paid some $230 billion in fines for various violations. The result is that US banks are terrified of wading into legal trouble, and have therefore established powerful internal compliance departments.

The Patriot Act was effective in cleaning up banking and expelling anonymous shell banks from the international financial system. The problem is that it applies only to the financial sector. Since 2002, the real-estate sector has been exempted from the law’s key anti-money-laundering provisions, as are countless shell corporations “headquartered” in Wilmington, Delaware, and law firms, which can transfer money under the protection of attorney-client confidentiality.

These loopholes have had profound implications. The US Department of the Treasury estimates that as much as $300 billion is laundered domestically each year. And, as of June 2018, $1.7 trillion in US securities were held in the Cayman Islands, which is more than are held in China (and second only to Japan).

As for Europe, there are similar laws against money laundering, but the situation differs in important ways. The EU takes ownership transparency seriously. Its fifth anti-money-laundering directive, adopted in June 2018, goes much further than the Patriot Act by requiring public reporting of beneficiary ownership for all assets across sectors, not just in banking.

Yet Europe has been too timid in policing cash flows into and out of banks. The fines for money laundering have been so small that they create no real deterrent. Banks themselves view the preventive measures in place as merely a bureaucratic nuisance, and have no incentive to develop the kind of strong compliance departments that one finds in the US.

To establish the appropriate incentives, European financial authorities should follow the US example and start imposing severe fines for banking violations. But another problem is that Europe lacks a powerful anti-money-laundering agency on par with the US Financial Crimes Enforcement Network. As Joshua Kirschenbaum of the German Marshall Fund and Nicolas Véron of the Peterson Institute for International Economics have shown, Europe desperately needs a new central body to focus solely on this problem.

The Danske Bank illustrated this shortfall. As a major EU-based bank, it is supervised by the European Central Bank. But the ECB’s remit does not include policing money laundering. That responsibility falls to the Danish financial regulator. But it is not as though Denmark’s banking authorities can keep themselves constantly informed of Danske Bank’s activities in Estonia. And even when Estonia’s banking regulator raised warnings, the Danish authorities were slow to react, suggesting that Denmark’s dominant bank may in fact be too big to regulate.

For its part, the US needs to stop allowing ultimate beneficiary owners of US assets to hide their identities. The Secretary of the Treasury can end the temporary exemption for real-estate assets with the stroke of a pen. Abolishing anonymous companies and prohibiting law firms from operating as banks, however, will require federal legislation. Fortunately, the new Democratic chair of the House Financial Services Committee, Maxine Waters, has reportedly put these issues at the top of her agenda.

The US and Europe should stop bickering, each take a page from the other’s book, and fix the glaring flaws in their enforcement regimes. In a globalized economy, that is the only way to beat the bad guys.